[Video] Give the gift of clean water through Waves For Water

Over the past six years, Waves For Water has conducted 105 custom projects in 27 countries, touching over 7 million people worldwide 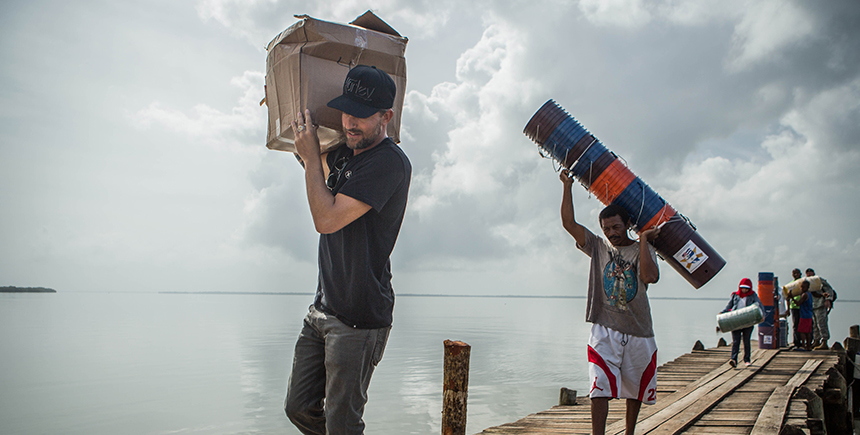 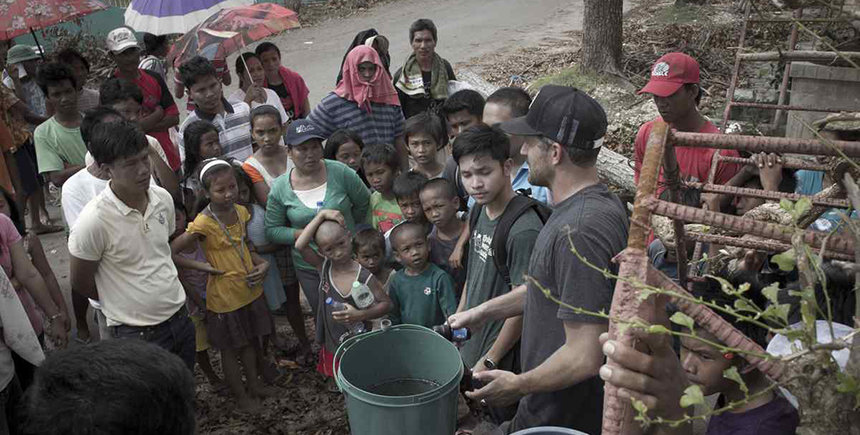 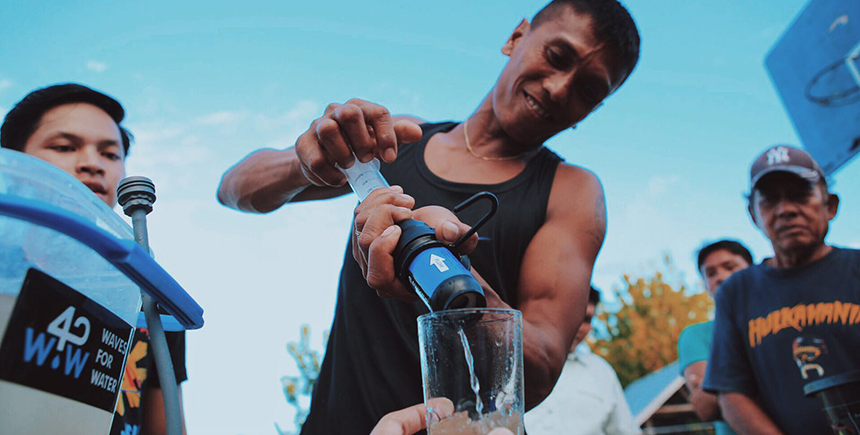 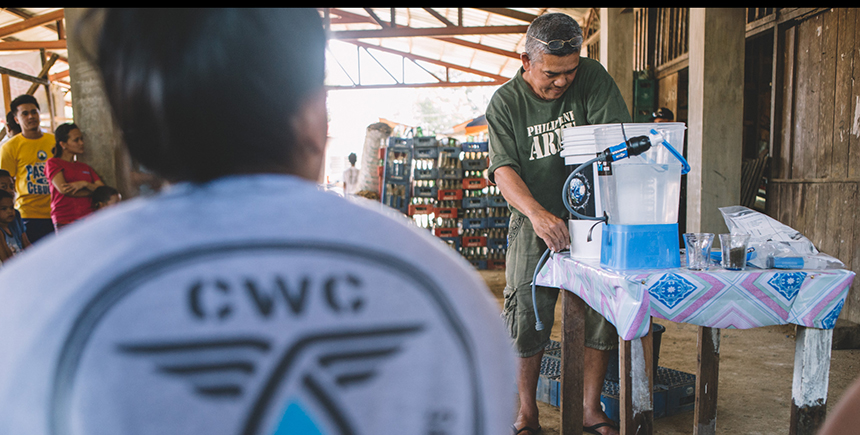 Above video: The 16th edition of the Philippine Hobie Challenge, the toughest regatta in the country, took place from February 20 to 28 2016. The race serves as a platform for Hobie sailors to do what they love, while helping along the way by conducting outreach programs. Non-government organization Waves For Water Philippines joined the race to help provide three islands with access to clean water. Download the full transcript of the video here.

In 2009, Jon Rose, then a professional surfer, traveled to Indonesia to ride the waves with friends. He’d brought along a surfboard, of course, but he also had 10 portable water filters. The plan was to hop around the nearby islands and distribute these filters in small communities where clean drinking water was in short supply. The constant quest for that perfect wave often took him to some of the most remote corners of the globe, where poor towns with hardly any potable water proved a stark contrast to the raw beauty of the landscape around them. Jon’s father once developed a practical way of catching rainwater in Africa, then taught the locals how to do it themselves — and the young Jon learnt from him that sometimes, a simple solution is all it takes to ease a dire situation. The filters would be his way of giving back to the towns in some of his favorite surf spots.

Things didn’t quite go as planned on that trip to Indonesia. A massive earthquake, registering a magnitude of 7.6, devastated the area and reduced parts of the Sumatran city of Padang to rubble. Jon delivered the 10 filters to relief centers instead, becoming one of the disaster’s first responders.

The experience was life changing. “It taught me many things,” he recalls. “Chief among them was how practical these solutions like water filters were, and how big the need was for them.” His fellow surfers joined him, and Waves For Water (W4W) was born — a clean- water drive founded on the notion that you can do the things you love and help along the way.

Armed with water-filter systems and the desire to bring clean water to everyone who needs it, Jon then teamed up with surfing company Hurley International to fortify W4W’s initiatives. Later on, with the help of volunteer communities, other non-profits and corporate partners, their efforts diversified through a volunteer program called Clean Water Couriers (CWC). Hardy travelers who get everywhere, such as surfers, make for perfect couriers — not only do they get to far-flung places, they also often rely on the kindness and hospitality of locals, with whom they form friendships, to find their way around.

On a trip to Baler, Aurora, on the eastern fringes of Luzon, 25-year-old Meg Manzano discovered this impulse at first hand. “Imagine that your town had just been ravaged by a typhoon and there you are, preparing a makeshift bed for visitors and cooking them dinner,” she says. “I couldn’t comprehend at the time how anyone had the emotional capacity to give so much, despite having just lost so much as well. After all these trips, you start to see how traveling is such a perfect realm for giving — you encounter so many people on your way and see so many places, it seems imperative that you return their welcome by helping out.” Megan has been a courier for a year and a half.

If backpacking is do-it-yourself travel, CWC is a kind of DIY humanitarianism — aside from donating directly to the cause, volunteers can “travel with a purpose”. Travelers build and pay for their own itineraries, then crowd-fund on W4W’s platform to buy filters for their trips. There are a few options of filters, ranging in price, size and versatility, but all of them effectively remove a host of disease-causing bacteria.

W4W provides the resources to ensure travelers understand how to operate and distribute the filter systems once they’re on the ground. Social media has been a great help in spreading the word — one inspiring story posted online has the power to increase the number of couriers exponentially — and over the past six years, CWC has provided clean water to 8 million people in 27 countries.

W4W has now implemented programs in several South-East Asian countries, and more are in the pipeline. In the Philippines, CWC missions and W4W volunteer crews began work in the aftermath of Typhoon Haiyan, where they played a major role in relief operations. Two and a half years since the disaster that levelled Tacloban and its surrounding areas, local teams have responded to all major calamities in the Philippines, working around the clock to reach people in need. “It’s really hard not to respond when we know what a measurable impact our program will have,” says Carlo Delantar, W4W’s country director in the Philippines. So far, Carlo and his team have delivered water-filter systems to 33 provinces around the country.

Learn more about the initiative and get on board the clean-water drive at wavesforwater.org.

Want to be a courier?

To help support its increasing on-the-ground efforts, W4W recently launched the _ForWater app, which allows travelers to create, raise funds and execute their own clean-water programs in a transparent way. If you want to be part of the global W4W community and help solve one of today’s major global issues, download _ForWater from the app store.