[Video] Where to find the best Filipino tamales in Pampanga

Pampanga’s favorite breakfast makes for a perfect top-of-the-morning energy booster. We deconstruct what goes into the dish 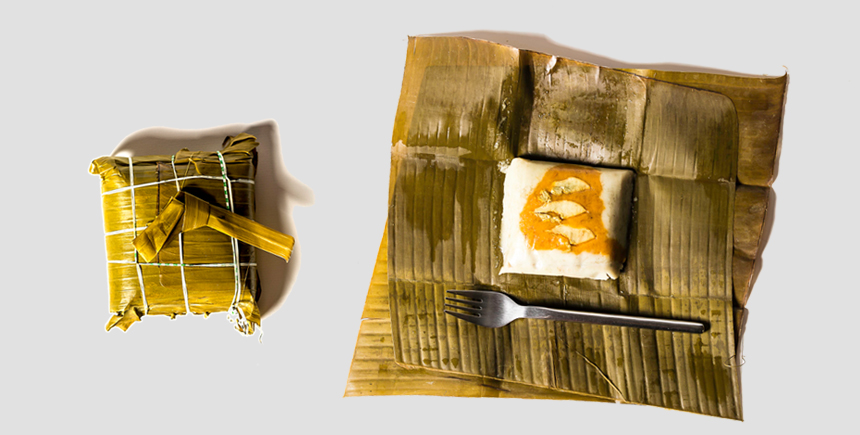 Above video: Learn how to wrap Filipino tamales with our step-by-step tutorial. Download the full instructions here.

To see — no, to taste — the intriguing coupling of Hispanic and Asian culture that defines Kapampangan Filipino cuisine, make a breakfast date with a tamales (yes, singular with an “s”). The Kapampangan call their tamales “bobotu” (it was made by Kapampangan ladies while the menfolk were off voting, Café Fleur’s chef Sau del Rosario tells us).

Tamales is actually Mexican in origin, and was transported to Pampanga from Acapulco via the galleon trade. Lacking Mexico’s abundance of maize, Kapampangan cooks made do with Pampanga’s native crops. “Traditionally, [Mexican] tamales is covered with corn husks, but we don’t have those — we have abundant banana leaves,” chef Sau explains. “[Mexican] tamales is made of cornflour, but we use rice flour.”

“The tamales is considered a meal in itself,” explains Poch Jorolan, co-proprietor of Pampanga eatery Everybody’s Cafe (MacArthur Highway, San Fernando; +63 45 887 0361; facebook.com/everybodyscafepampanga). “Instead of corn grits [as with Mexican tamales], we use giniling na bigas malagkit — sticky rice flour. So there’s rice, egg, slices of ham and shredded chicken — part of a traditional Kapampangan breakfast.”

At Everybody’s Cafe, the tamales comes to us freshly unwrapped from its banana-leaf covering: fist-sized rectangles of savory rice cake, embedded with slices of hard-boiled egg. You can make out the underpinning flavors of peanut and coconut milk as you work your way through, the tamales’ pudding-like texture accented with the egg, ham and chicken distributed throughout the dish.

The meal is more substantial than it looks at first glance: you feel it massing in your belly several bites in, and it’s a struggle to finish more than one. For Poch, the tamales’ heft is exactly what makes it an ideal breakfast food. “It’s always heavy!” he says. “When you’re starting the day, you start heavy, so you’ll have enough energy to last the whole day.”

When in Pampanga, foodies in the know get tamales straight from the source — Barangay Cabalantian in Bacolor, the province’s specialist in sticky-rice dainties. “Cabalantian is well known for suman making, they thrive on it,” Poch explains. Apart from the savory tamales, this neighborhood also produces sweeter products such as suman sa ibus and suman ulagta.

If you don’t want to venture too far off the beaten path, visit Everybody’s Cafe to try their tamales and the rest of their varied Kapampangan menu, including betute (fried frogs) and adobong camaru (crickets), all of which is locally sourced.

“Our priority’s always the community,” explains Poch. “For meats and vegetables, as much as possible, we source out from the local suppliers.”

At Café Fleur (463B Miranda St, Angeles City; +63 45 304 1301; facebook.com/cafefleur.ph) set in a refurbished heritage house in Angeles City, Sau serves tamales as his Kapampangan ancestors made it, along with a more modern, French-influenced take on the dish. Eschewing banana leaf for a rounded glass, Sau’s tamales is a feast for the eyes, too. Diners dig into scenic layers of sticky rice, quail egg, peanuts, shredded chicken and a dash of brightly colored annatto oil. “This is my glorified tamales,” Sau tells us, “my modern take.”

With both ancient and modern takes on offer around Pampanga, the future of tamales for breakfast seems assured.