We explore the wondrous alien landscapes that lie beneath Samar, as the island primes itself as the caving capital of the Philippines 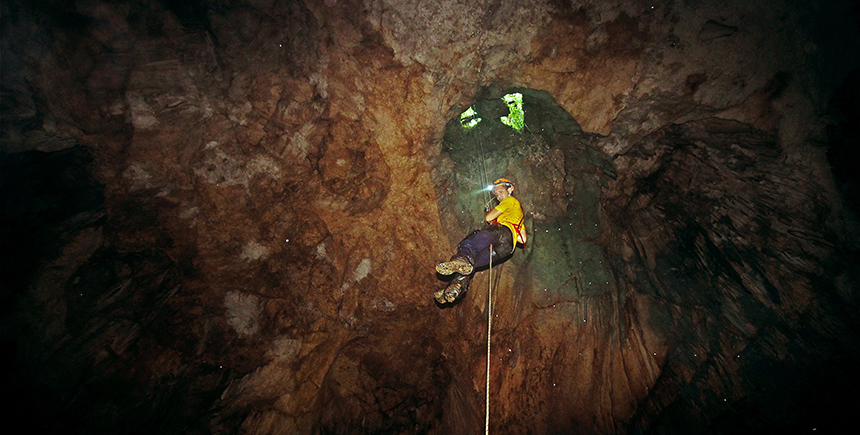 The mouth of Gobingob Cave 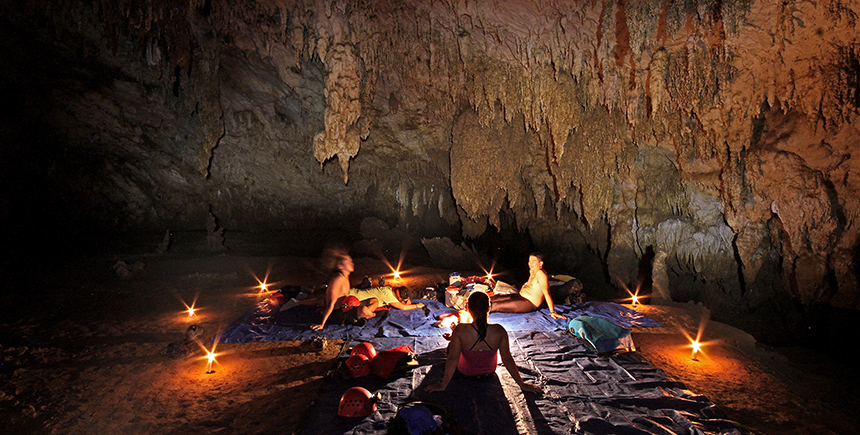 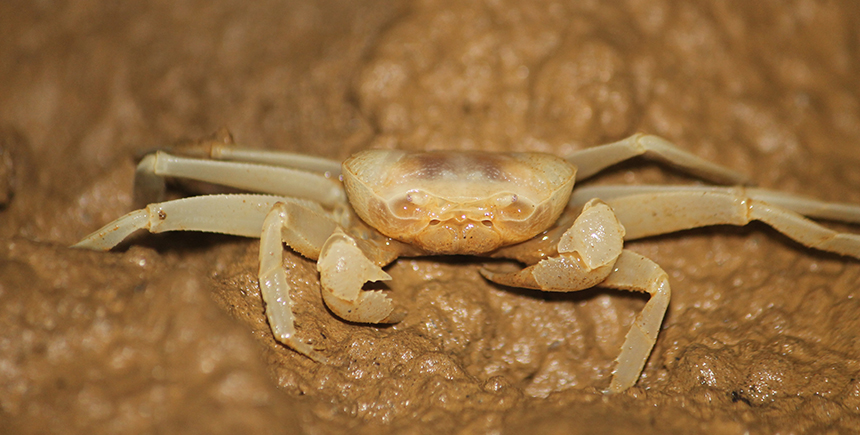 A blind mud crab scuttling across a cave floor 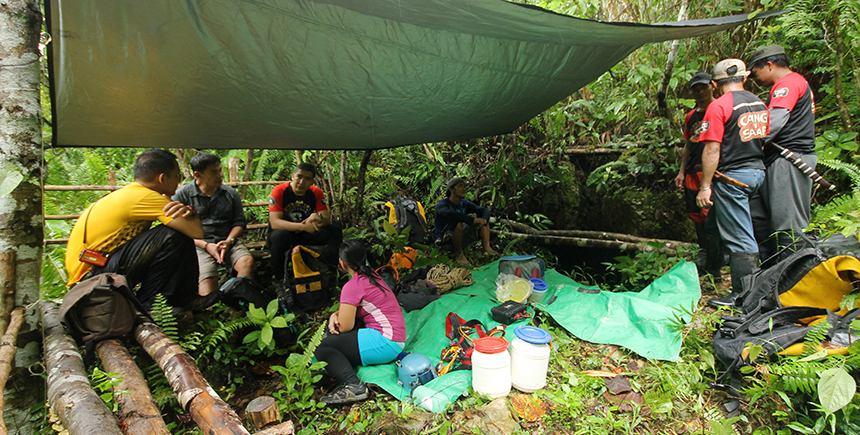 A safety briefing with our guides

It was my Indiana Jones moment. I had been hiking through a rain-soaked jungle for three hours, and had finally arrived at the edge of a sinkhole. I looked down into the dark opening and felt like I was staring into an abyss. My heart was pounding but I summoned my inner swashbuckling explorer, and steeled my nerves. After all, this was the only way to get inside Central Cave. I roped up, jumped into the passageway, and started rappeling down to a depth of about six storeys.

This 400m-wide cavern beneath the upland forests of Catbalogan City was discovered by local bird’s nest gatherers and surveyed by master caver Joni Bonifacio and his team only two years ago. Central Cave is also known as Crystal Paradise, and once I reached the floor, I understood why. I found myself amid sparkling columns that rose three stories high. There were rows and rows of stalactites, and layered flowstones — nicknamed cave bacon — hung from the walls. It seemed like an alien landscape straight out of a sci-fi novel. This was exactly what I came for.

Samar Island in eastern Visayas is the third-largest island in the Philippine archipelago, and frequently pelted by typhoons and rainstorms. The slow percolation of these lashings of water through soil and rock has endowed this forested limestone landmass with thousands of caves, including the country’s biggest (Langun-Gobingob in Calbiga) and deepest (Robin’s Cave in Las Navas, Northern Samar).

The island certainly lives up to its reputation as the Caving Capital of the Philippines. “I’ve visited around a hundred caves here, but there are thousands left to explore,” said Joni, the region’s go-to caving guide who led my group through our Samar exploration. He has spent more than two decades exploring caves, and organizes caving tours and other adventures around Eastern Visayas through Trexplore, his outdoor shop located in downtown Catbalogan.

Before taking us to Central Cave, Joni had first introduced our group to the island’s subterranean wonders at Lobo Cave, a network of tunnels running beneath the hinterlands of Jiabong (pronounced “ya-bong”), a municipality that is an hour’s drive from Catbalogan. Lobo boasts underground rivers and waterfalls, and can only be explored by swimming between narrow canyons and squeezing through tight potholes. While its crystal formations are not as grand as Central’s, they are varied and pristine. “It is the most beautiful cave in the Philippines,” declared Joni.

Exploring Lobo and Central Caves prepared us for the big one — on our third day, we went on an overnight traverse of Langun-Gobingob Caves in Calbiga, 20km south of Catbalogan. After an hour-long hike through the rainforest, we saw Gobingob’s gaping mouth, lined with rows of stalactites. First surveyed by Italian speleologists in 1987, this is the largest cave system in the Philippines, with more than a dozen interconnected caverns that span 2,968ha, including an underwater section called Lurodpon Cave that was discovered in 2009.

Entering Gobingob, we clambered over fallen stalagmites and broken boulders. Joni explained the sorry state of these first chambers — in the early 1990s, the cave was illegally mined for its limestone formations, which were almost completely demolished, with truckloads of limestone hauled away and sold on the black market. Fortunately, this incredible karst landscape is now a protected area, as it has become a part of the 455,700ha Samar Island Natural Park.

Pristine formations await in Upper Gobingob, but getting there isn’t easy. As we surmounted tall rock piles, one of our group mates exclaimed: “We’re mountain-climbing under a mountain!” The humidity made sweat stream down our faces as we negotiated sections on all fours. We realized how impressive the scale of the chambers were when we noticed that the beams from our headlamps didn’t even reach the ceiling. The deeper regions of the cave were large enough to house snow-white stalagmites and flowstones three to four storeys tall.

Most of the strange critters that dwell among these cave formations have evolved to survive in complete darkness. I tried to get a closer look at some of these intriguing species in the vast chamber where we camped for the night. Camel crickets probed the dirt floor with their long and sensitive antennae, while scary-looking (but actually harmless) whip spiders with mantis-like claws stalked the walls. There were rare animals only found in these caves — the blind crabs known as Sundathelphusa wary skittered across shallow pools and muddles, while Caecogobius cryptophthalmus, the ghostly eyeless goby that is the Philippines’ first known blind cavefish, haunted murky pools and streams. Perhaps this was my Hobbit moment.

The next morning, we soldiered on, crossing over into Langun Cave via a slippery cliff that could only be safely descended by rappelling. After traversing even more boulders and a hallway of huge stalactites, we emerged into an enormous chamber the size of three football fields. Encouraged by the sunlight beaming through an overhead opening, our team trudged through ankle-deep bat guano as we headed for the exit. I felt triumphant when I finally reached the bottom of the rockslide at Langun’s mouth, which led us to the thick jungle outside. Drenched and exhausted, we followed an uphill trail for three grueling hours before we made it back to civilization — utterly drained, but brimming with admiration for the wondrous worlds beneath our feet.