These social enterprises prove that the Pinoy concept of bayanihan, or helping out in the spirit of community, is alive and well 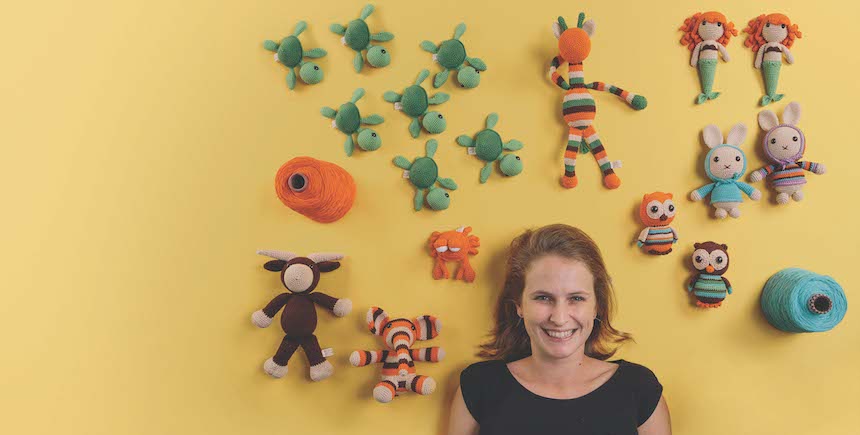 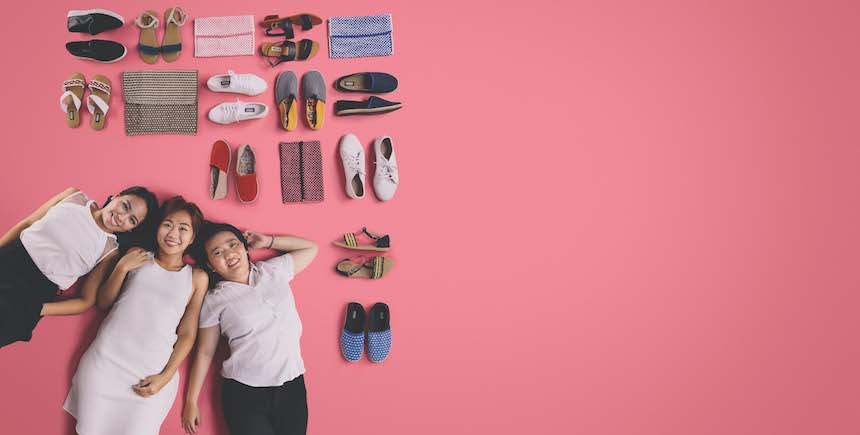 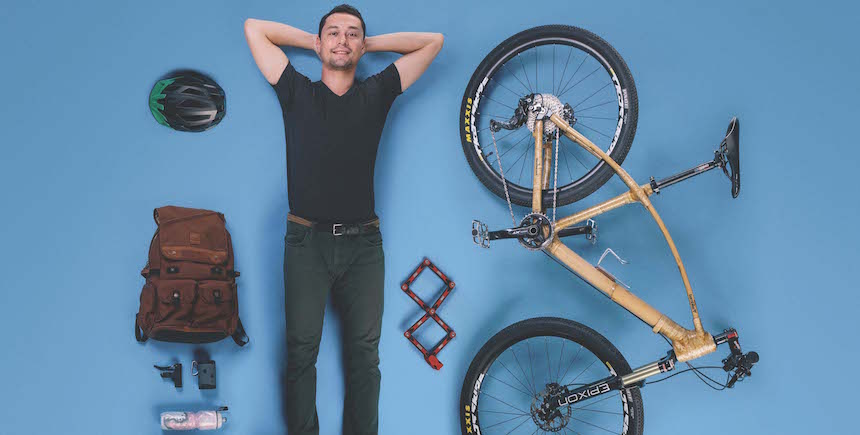 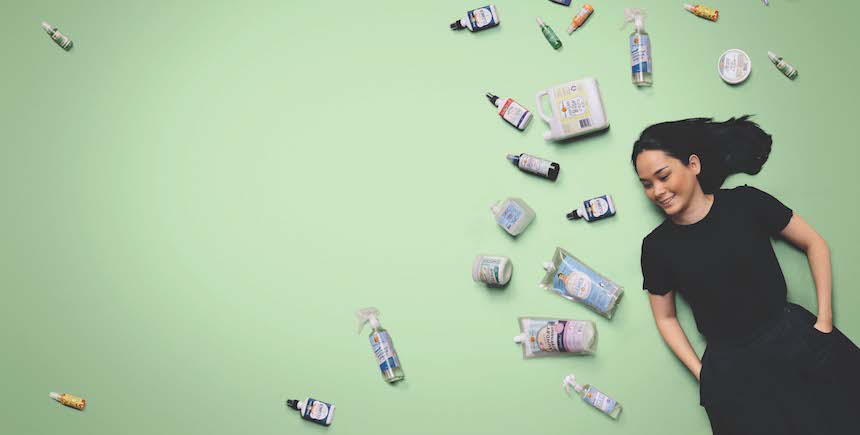 Krie Lopez of Messy Bessy works with at-risk young adults by involving them in the manufacturing, sales, and delivery of Messy Bessy household products

The Filipino language has many words that highlight the importance of community. There’s pakikisama, which refers to a Filipino’s efforts to maintain good relationships; and pakikipagkapwa tao, which compels him to connect and empathize with others on a deeper level. But perhaps no other term encompasses this communal spirit better than bayanihan. The word is a testament to Filipino volunteerism and cooperation, and contains the striking imagery of an  old tradition — neighbors helping a relocating family by literally carrying their whole house to a new place.

Social entrepreneurship is consistent with these Filipino values of recognizing the needs of others, and helping them help themselves. While social entrepreneurs are business-minded, they don’t see profitability and sustainability as their main and only goals. Subsidizing social and development work is also an important priority. Here are four social enterprises in the Philippines that value both business acumen and social empathy.

Habi Footwear began as a senior thesis project in 2011. As management majors at the Ateneo de Manila University, Janine Chiong, Bernadee Uy, and Paola Savillo were tasked to come up with a business idea that could also provide livelihood opportunities for poor urban communities. Together with three former group-mates, Habi Footwear’s co-founders took part in an immersion activity in Barangay Commonwealth in Quezon City.

In that neighborhood, they found their answer. “We discovered that many of the mothers in the community had the time and willingness to work, but lacked employment opportunities,” says Janine, who heads Habi Footwear’s sales and marketing team. They also found out that while the women were skilled at weaving floor mats made from garment scraps, they earned only PHP10-15 per mat. The  bulk of the profits went to middle-men, who purchased and resold the products at higher prices.

Paola came up with the idea of turning the mats into footwear material, to raise the value of the product and help the mothers earn more. This involved refining the weave pattern and making the mats slimmer. Habi now procures the mats for PHP50-80 each.

Janine, Bernadee and Paola got their big break when they joined a Netherlands-based competition and won a grant that enabled them to register their business formally in 2012. They have since experienced many happy moments during the company’s journey as a social enterprise, with highlights that range from something as simple as spotting strangers wearing Habi Footwear to getting their first international client (SAP Asia in Singapore).

Habi Footwear currently works with around 30 community members from Payatas and Fairview in Quezon City. While their members are predominantly women, they also have men and some youth members. “Our community leader is actually male,” Janine shares. “His name is Kuya Gil and he’s one of our best weavers.”

They aim to continue releasing high-quality products that people can be proud to wear because of their design and functionality. “It pays to tell your story and be proud of what you do and fight for,” says Janine. “Our initial goal was to create a business that could impact a community, and that has guided us for four years and counting.”

Anneleen Van Dyck was a kindergarten teacher in Belgium before she got bitten by the travel bug. After journeying through Asia for three years to discover both the world and herself, she came to Boracay to teach kitesurfing. At the end of the kitesurfing season, she moved into a hostel in Baler, and ended up falling in love with hostel owner Ziggie Gonzales. “I had to decide between moving back to Belgium or staying in Manila to give this love a chance,” she says. It didn’t take long for her to make her choice, and she relocated permanently to the Philippines late last year.

A crochet aficionado, Leen (as Anneleen is known) decided to share her passion with people who needed to earn money for their families. “I have always wanted to make a difference in a country that really needed it. I just never came across a good opportunity,” she says. She named her business Mayown, a name she thought would best describe her product (“a special something that you would buy for yourself”), and focused on crocheting toys, since she loves “funky cute designs that really get appreciated by everyone”.

With Ziggie’s support, Leen found out about the Visayan Forum Community based in Pandacan, Manila. The group helps prevent young women from falling victim to trafficking and slavery. “Before I started, the organizers of Visayan Forum Community warned me that only 20% would continue because of the difficulty of the training,” she recalls. However, thanks to Leen’s teaching skills and the women’s determination, the eight women from the first training session eventually grew into a group of 11.

Leen initially taught the women the basics of crocheting. “They were all very determined, so the progress they made was remarkable,” she says proudly. Within the first week, some of the women were already crocheting simple patterns of animals. Three months later, they were able to crochet all the patterns themselves, and Leen predicts they will be making complete toys in just a few more months. “The joy and fulfillment they show when they finish their crocheted pieces is inspiring,” she says.

Mayown aims to provide more jobs for the women in Pandacan and Leen dreams of expanding to more Filipino communities. She cultivates close relationships with the women who work with her as she guides and trains them. Leen and Ziggie also ensure that they are transparent about the costs, struggles and challenges of the social enterprise, and the women get a fair share of the sales price. In this way, Leen believes, they are able to foster a sense of ownership, motivation and pride.

Make a loved one happy by buying Mayown products here.

Bambike, a socio-ecological enterprise that hand-crafts bamboo bicycles, was conceived when founder Bryan McClelland was finishing his Master’s degree in Environmental Resource Management at the University of Pennsylvania. “Learning about a bamboo bike project in Ghana sparked this idea. As I was writing my thesis about sustainable community development in the Philippines, I felt that bamboo bikes would prove to be an interesting and exciting livelihood development project,” he recalls.

Bryan wanted to build a company that could help both people and the planet. But, like most great undertakings, Bambike’s story began with a couple of setbacks. Bryan and his two Bambike builders, Ferdie and Nel, could not communicate properly. “It was challenging at first because I didn’t speak Filipino and the builders didn’t speak English,” he says. “There was a lot of pointing and head-scratching.” But the company soon found its groove. From two builders in 2009, the enterprise now provides full-time employment to 10 “bambuilders”, all from non-profit group Gawad Kalinga (GK). In addition to paying monthly salaries to these bambuilders, Bambike also sponsors GK’s Sibol pre-school teacher and weekly feeding program.

The bamboo used to build the bikes is sourced from farming communities in Tarlac, northern Luzon and in the Visayas, and Bambike connects with various partner organizations that share its values. “Advocating for the bamboo industry and sustainable livelihood development is a priority for the company,” Bryan says. “We are also working on a bamboo nursery for reforestation, and have plans for a reef rehabilitation project.”

Bryan aims to establish Bambike as a premier bamboo bike company. Their efforts in the Philippines include the expansion of Bambike Ecotours into a range of tourism destinations throughout the country. His team are also working toward developing more scalable Bambike models that will enable the company to expand its distribution in the global marketplace. “Our goal is to do better business and make the greenest bikes on the planet.”

Place an order for your very own Bambike here.

This brand’s household products are now sold in major malls and recognized for their quality and ingenuity, but Messy Bessy actually started very small — in simple home kitchens, in fact. In 2006, founder Krie Lopez had quit her job as the corporate social responsibility head of a big company to start a social development program “that doesn’t rely too heavily on other people’s donations”. What she came up with was Messy Bessy, which was created to provide employment and rehabilitation for young adults who were formerly abused, trafficked or incarcerated.

“The ultimate goal of Messy Bessy is for each young adult to be able to secure a job of his or her own choice,” Krie says. She was inspired by San Francisco’s Delancey Street Foundation, a successful social enterprise that rehabilitates the bottom 2% of American society through for-profit business.

Krie has given at-risk young adults a second chance at life by involving them in the manufacturing, sales and delivery of Messy Bessy products. Since the chances of obtaining a safe job in the Philippines jumps from 17% to 84% with a college diploma, Messy Bessy has also implemented an in-house high school equivalency diploma program, as well as a college scholarship working student program. Young adults under the working student program get monthly tuition fees and allowances.

The company has had two college graduates so far, and more will finish school this year, Krie says proudly. She tells the story of Angiela, a high school valedictorian who failed to finish college because of financial problems. Through her work in Messy Bessy, she was able to pay for her own college education. She also benefited from many of Messy Bessy’s developmental initiatives, including tutoring, mentorship and values formation, and finally graduated from college in 2015 with cum laude honors. Roselyn, Messy Bessy’s second college graduate, had a very dark childhood that included abuse and human trafficking. She was able to earn her high school diploma through their in-house equivalency program. “Against all odds, Roselyn graduated from college last July,” Krie shares.

Messy Bessy has also developed the Helping Ourselves Program (HOP), which focuses on practical subjects such as financial literacy, English and math. It not only enables its wards to tackle both academics and work training, but also teaches them capacity building, life skills, values formation, and psycho-social development. “What’s unique about HOP is that the performance of the young adults in all these aspects is measured and monitored,” Krie says, adding that they are even required to maintain a grade point average while in the program.

In finding the best solution for the students, Krie and her team have used a trial-and-error method. “I can’t say that we’ve cracked the code, but we’re definitely a lot closer to having a pretty sustainable and certain way out of poverty,” she says.

Be a little less messy by buying Messy Bessy here.

Also read: 10 homegrown brands in the Philippines worth checking out

This article first appeared in the October 2016 issue of Smile magazine.