Despite its status as the Philippines’ third-smallest province, Siquijor has plenty to offer — from pristine beaches and waterfalls to heritage monuments 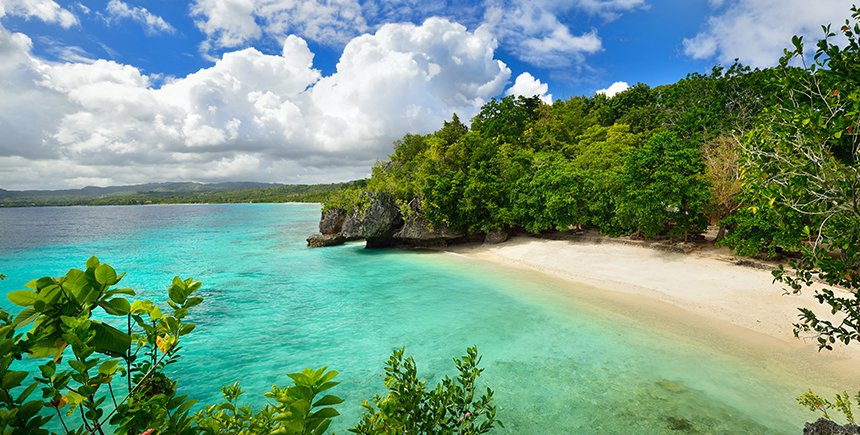 A white sand beach on Siquijor 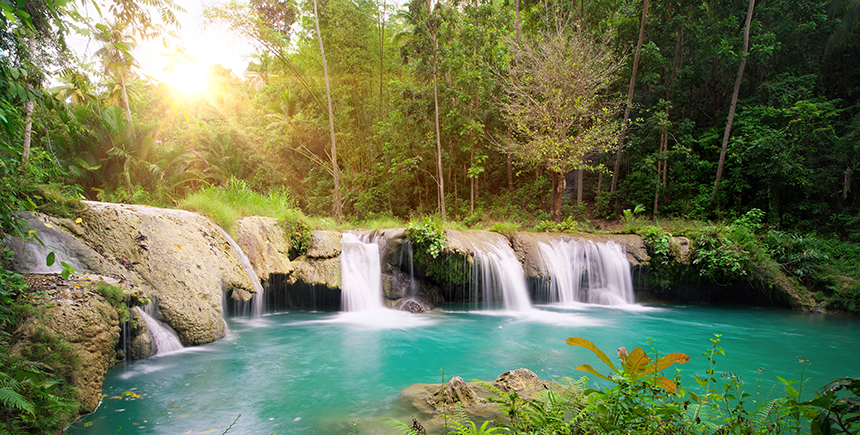 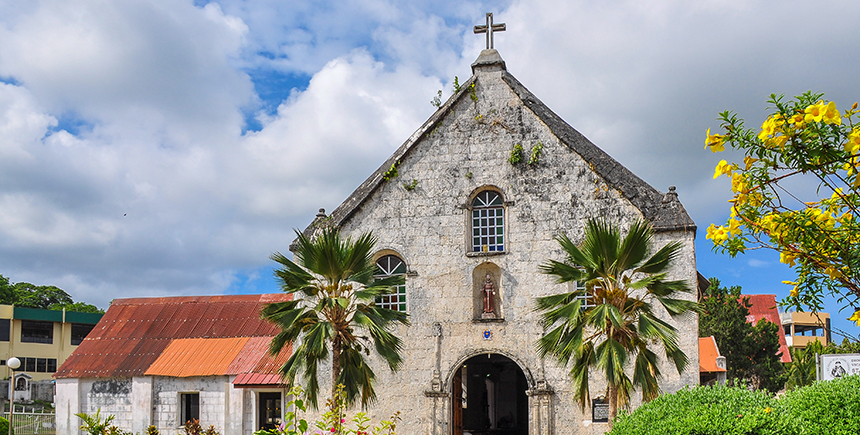 Siquijor is an island that’s shrouded in mystique. It has long been associated with witchcraft, thanks to its traditions of folk healing; it was also dubbed “Isla de Fuego” (“Island of Fire”) during the Spanish colonial era, due to the massive swarms of fireflies that illuminated its night sky. But the real magic of Siquijor lies in its bewitching attractions — with its turquoise waterfalls, pristine beaches, storied churches and overall small-town vibe, it’s impossible to deny its allure.

Beaches
You’ll find the majority of Siquijor’s resorts and restaurants along the string of beaches collectively known as San Juan Beach. This stretch of sand is every beach lover’s dream — here, you can frolic in the amazingly clear waters, or watch the sun set on the newly constructed baywalk.

Alternatively, go off the beaten track by visiting Paliton Beach (San Juan) or Kagusuan Beach (Maria). These paradisiacal white-sand beaches escape most travelers’ notice, so there’s a high chance that you’ll have them all to yourself. Laze on the sand, snap postcard-perfect photos, or simply feast your eyes on the expansive sea.

Salagdoong Beach (Maria), with its rocky outcrops and diving boards, is the best spot on the island for cliff-jumping. Challenge your fears and scream if you need to — it’ll make for a thrilling experience you’ll never forget!

Waterfalls
The famed Cambugahay Falls (Siquijor Circumferential Rd, Lazi) is a must-see, with its cool, turquoise waters and multi-tiered cascades. There are rope swings on both the first and third tiers of the falls, so you can splash into the water à la Tarzan. Tip: For the best photo op, cross the river and clamber onto the outcrop. From here, it’s possible to fit all three tiers of the waterfall into a single frame.

Lugnason Falls (San Juan) may not be as popular as Cambugahay Falls, but its pale green waters have their own charm. It actually consists of a series of 12 smaller waterfalls, so go early if you want to explore them all.

Also read: 7 spectacular waterfalls in the Philippines you need to see

The island also boasts several cold springs, such as Capilay Spring Park (Siquijor Circumferential Rd, San Juan) which is an especially popular hangout among locals. Pack finger food and drinks for a lunch picnic, and punctuate your afternoon with dips in the cool, spring-fed pool.

Adventure
Siquijor is not only blessed with lovely beaches, but also with gorgeous underwater landscapes — from vibrant coral gardens to energetic schools of fish. The island is replete with excellent dive sites, such as Tubod Marine Sanctuary (Tubod), a 7.5ha protected enclave where you can spot mating mandarin fishes at dusk, and Tulapos Marine Sanctuary (Siquijor Circumferential Rd), whose shallow waters are perfect for snorkeling. If you’re new to scuba diving, you can sign up for lessons with any of the island’s dive operators; ask your resort for recommendations.

Intrepid explorers should try spelunking through Cantabon Cave (Brgy. Cantabon), where you can navigate your way through 800m worth of underground pools and stunning stalagmites and stalactites. The going can get tough, so it’s not for the faint of heart. It’s also mandatory to enlist the help of a guide, which costs PHP500 for a group of three people.

History
Despite its reputation for witchcraft, Siquijor is actually home to some of the country’s oldest and most beautiful churches. Upon setting foot on the island, you’ll be greeted by the squat and sturdy St. Francis de Assisi Church (Santa Fe St; +63 35 344 2224) and its bell tower, which are located beside the local port.

Declared a National Cultural Treasure, the 19th-century San Isidro Labrador Parish Church (Lazi) or Lazi Church, with its neoclassical architecture and intricate coral stone walls, is one of the few remaining Baroque churches in the Philippines. The adjacent U-shaped Lazi Convent, supposedly the largest convent in the country, is just as impressive.

Sta. Maria Church (Brgy. Poblacion, Maria) might not look as fancy as its counterparts, but it’s also worth looking past its humble façade — inside, you’ll find a haunting idol of Sta. Rita de Cascia, who is depicted holding a skull in one hand and an inverted crucifix in the other.

Baha Bar and Restaurant, Maite, San Juan, +63 998 548 8784; baha-bar.com. Offers a tapas-style menu of Asian and continental dishes, a laid-back vibe and live music. Its kinilaw is a must-try.

For a wallet-friendly meal, seek out the roadside stalls along the streets of San Juan for grilled meats, and wash your purchase down with a bottle of beer.

Belle’s Beach Bar & Accommodation, Maite, San Juan, +63 926 370 5545; facebook.com/Bellesbeachbar. For PHP300, you get a comfortable room equipped with WiFi, a fan, a television and an ensuite bathroom.

U.Story Guest House, Siquijor Circumferential Rd, +63 926 685 8586; ustory-siquijor.com. For something more upscale, book a stay at this boutique resort, which has just five private bungalows. Open from November through May; rates start from PHP2000 per night.

How to get there

Take a tricycle from Dumaguete City airport to Dumaguete Port, then hop on a ferry to Siquijor — the boat ride will take around an hour.

Also read: 8 secret islands in the Philippines to visit now