[Video] 3 types of curry in Singapore you must try

There are hundreds of variations on the spicy curry dish. We hop on the gravy train in Singapore to sample some of the renditions of this Asian classic 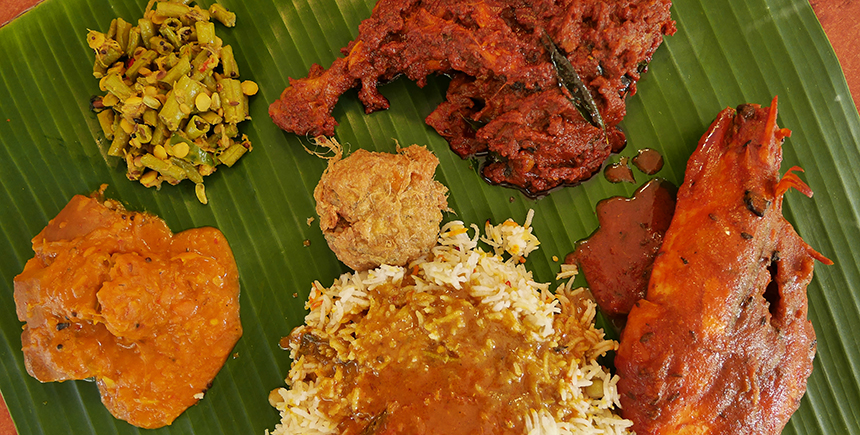 Chicken, prawn, battered fish cutlets and stewed pumpkin come with their own dressing of curry in this typical South Indian banana leaf meal 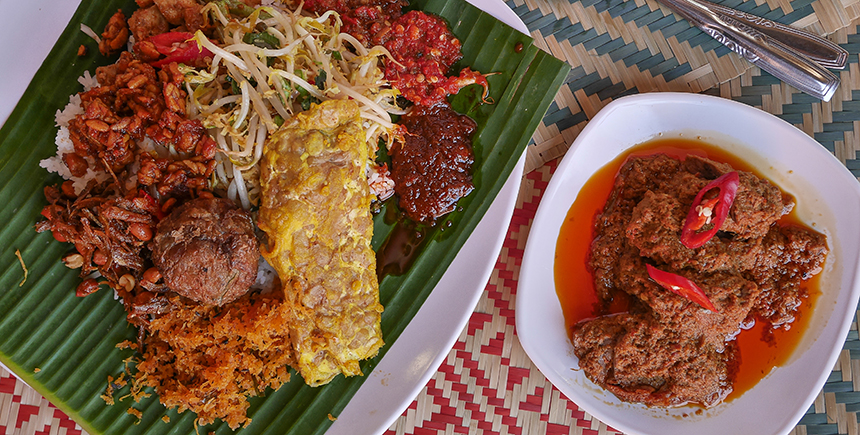 Rendang with assorted dishes at an Indonesian restaurant 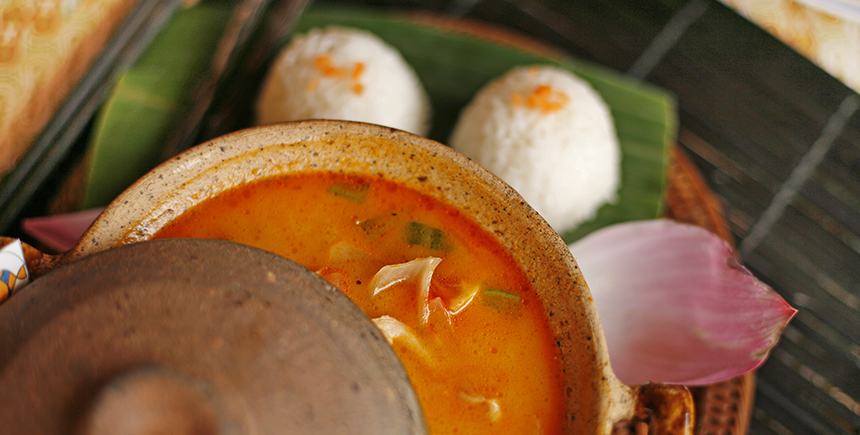 Thick and tasty, curry comes in countless permutations. Despite the fact that everyone has tried it at least once in their life, this is a food that defies easy explanation. As a basic definition, curry dishes are complex combinations of spices and herbs that are cooked into a form of sauce. However, there are hundreds of different kinds of this so-called “curry” — some are sweet or sour, others are blazing with the umami savory taste. Most, if not all, carry some degree of spiciness — and they’re all amazingly tasty.

To get a better understanding of curry, I pay a visit to one of Singapore’s favourite Indian restaurants, fully expecting that Samy’s Curry, (25 Dempsey Rd, +65 6472 2080; www.samyscurry.com) established in the 1950s by an immigrant from the southern state of Tamil Nadu, would have some answers to my queries.

“People make a big deal about curry, but it simply means gravy!” declares the head chef, Bhaskar Gandhi, as he puts on my table the hallmark of South Indian dining: a large banana leaf that serves as both plate and placemat. “Indians hardly use the term ‘curry’. When you order food, you refer to the dish and not just the sauce. ‘Curry’ was what the British called the food that Indians ate.”

Gandhi points to the mouthwatering spread being arranged before me. There’s a chicken leg covered in reddish-brown masala sauce, and a thick yellow pumpkin gravy called koottu, among other items. At the center of this mini buffet, slathered in a layer of fragrant, tamarind-based fish curry, is a pile of biryani rice. “If you don’t know the names of these dishes, you’d probably use one word to describe them all,” chuckles the chef.

Indeed, I’d call it curry, and what a big, beautiful showcase of curry this is. In no time I am fingers-deep into the food (Indian people eat with their hands). The chicken masala bursts with a sharp, savory flavor, while the koottu tones it down with its sweet, creamy notes. Behind it all is the slightly sour presence of the fish curry. The spiciness arrives slowly but steadily; soon I am gulping down lime juice between mouthfuls of food.

This is a tiny sampling of Indian cuisine, of course, but what I’m eating right now is pretty much classic curry — a complicated masala, or mix of ground spices that include turmeric, cardamom, cumin and dried chilli peppers. These are cooked in a liquid base that can be anything from coconut cream to milk or even yoghurt.

I leave the restaurant smiling, my lips tingling and adrenaline pumping from the chilli-induced rush. Exciting, too, is the thought that there is so much more yet to discover about this sensuous sauce.

The following day I find myself in the ethnic enclave of Geylang Serai, tucking into a plate of extra-thick curry. This one has a lighter brown hue, and comes with slices of tender beef. I bite into one, and am greeted by a delightfully savoury, coconut-infused flavor.

I have just tasted the Malay answer to India’s culinary export. The almost dry, very intense rendang is the most cherished delicacy of the Bahasa-speaking world, with many regions in Malaysia and Indonesia creating their own interpretations of the classic recipe. So widespread is this dish that both Burger King and McDonald’s paid homage to it with their own Rendang Burger offerings.

At the Hajjah Mona (1 Geylang Serai; +65 8511 9011) hawker stall, however, it’s still the old school that rules. Owner Razak Ismail speaks of the effort needed to produce his family’s time-honored, great grandmother-approved recipe. “We start preparing the ingredients around midnight. The rendang is slow-cooked for three hours to reduce the gravy, then we let it stand for a while to let the meat absorb the flavors,” says the fourth-generation master chef. “By the time our stall opens at 8am, the taste will be at its best. These are long hours, but rendang is no ordinary dish.”

While Indian curry makes use of mostly ground spices, the rendang sauce features typical South-East Asian ingredients like kaffir lime leaves, lemongrass, ginger, coriander and galangal. These are pounded and blended into a fine paste that forms the heart of the recipe. Meat — usually chicken or beef — is then applied to this flavor base, and coconut milk is added to bring this wonderfully complex mix of flavors together. This cooking concept is also followed in neighboring countries, though the resulting curry dishes are totally different from the Malay rendang.

Nowhere is this diversification better seen (or tasted) than in the culinary fare of Thailand, which feasts on almost a dozen different curry concoctions. Of these, the best known are the gaeng khiao wan and the gaeng phed — the instantly recognizable green and red curries that are now worldwide signifiers of the Kingdom’s cuisine.

While they are both often enjoyed as thin, almost soupy curries on meat, they are surprisingly multi-purpose spice pastes that flavor many other recipes. It’s a versatility attributable to the Thai penchant for managing the “four tastes” of sweet, sour, salty and spicy, a philosophy that results in a creamier, more balanced, savory-sweet (but no less fiery) bowl. Dripped over rice with bits of chicken and eggplant, the gaeng khiao wan makes for an excellent plate of green curry fried rice. The gaeng phed, on the other hand, can spice up a ho mok pla steamed fishcake, or turn a serving of pasta into an exotic — and truly delectable — Asian-fusion meal.

Thanks to the popularity of Thai restaurants, it isn’t too hard these days to find a reasonably authentic rendition of these beloved gravies. I saver my gaeng on rice, knowing that this foodie expedition is just the continuation of my long-running love affair — okay, obsession — with the countless tastes and textures of curry. In Thailand alone, there are still items like the orange khao soi (“cut rice”), the saffron-colored phanang (a milder curry) and the pale yellow, spicy-to-the-bone nam ya (minced fish curry), less common varieties that have yet to make a significant impact overseas.

Just across the border, Cambodia has its red-orange kroeung (paste) and saraman (beef and peanut) curries, among many other ground, pounded, mixed and mashed preparations. In fact, you can go all the way west to India for original spice-heavy gravies, or north-east to Japan to find lighter, more European-influenced kare raise (curry rice) combinations. Aside from its taste, the beauty of curry lies in the fact that it is copied, appropriated and influenced by every culture it touches. That’s a world’s worth of flavors, and it will take a lifetime of eating to appreciate the dish’s multifaceted charms.