Singer Rihanna on the factors behind her success

With a new album in the works and a high-profile endorsement deal with Dior, Rihanna’s star is shining brighter than diamonds 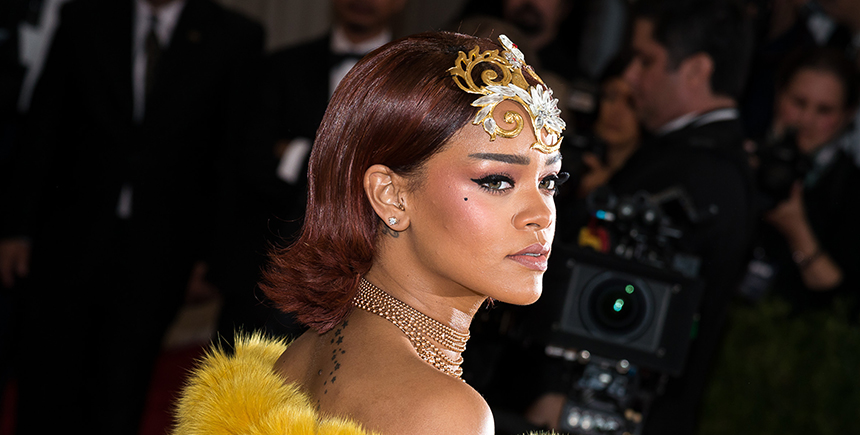 Rihanna arrived fashionably late for our interview at the Mandarin Oriental Hotel in New York but when she strode into the room at long last — sporting an all-white ensemble, a trail of sparkling little diamonds in her right ear — she looked stunning and exuded 24-carat charm. Needless to say, all was immediately forgiven. Barbados’ biggest musical export easily trumped the magnificent 36th-floor view of Central Park and Manhattan’s skyline.

The singer’s personal-life tidbits and style choices often land her in the spotlight (if you’ve not seen that sheer, Swarovski-studded dress she wore at last year’s Vogue CFDA Awards, you’re missing out) and sometimes eclipse the fact that she’s among her generation’s most accomplished artists. Rihanna’s 2007 album Good Girl Gone Bad launched her to full-fledged global stardom and in the years since, a whopping eight Grammy Awards have found a home in her trophy case. Beyond that, two years ago she was named to Time magazine’s list of 100 Most Influential People. Fellow artists recognize Rihanna’s talent and star power — her recent single “FourFiveSeconds”, a collaboration with Paul McCartney and Kanye West, shot to number 1 in the US and elsewhere. Anticipation is high for her eighth studio album, which is due out later this year. Named in March as the new face of French fashion house Dior — joining the likes of Jennifer Lawrence, Marion Cotillard and Charlize Theron — Rihanna had good reason to be in high spirits when she sat down with us for a quick chat.

How does it feel to be the first black spokesperson for Dior?
Dior is class, timelessness, beauty and elegance. So, to be acknowledged by them, I feel very special. Not just as a woman of color. I think that’s brilliant, as well.

What was it like to shoot at the Palace of Versailles for the Dior campaign?
It was incredible — so much history there. Just to be there lying on the couch, looking at the beautiful paintings on the ceiling. It was so surreal. I had to tell everybody in the room, “We’re lying down in the house right now — do you know that?” (Laughs) It was awesome.

Did you ever imagine that you would attain this much success around the world?
I believed it so much that it happened. It was so far from even being possible. In hindsight, I realize that was a really big dream for a little girl from a really small island.

When I was younger, in Barbados, I watched videos and read magazines about singers. I obsessed over and listened to Mariah Carey, Celine Dion, Whitney Houston, Destiny’s Child. Those were the big voices I listened to, among other things like reggae and hip-hop. I wanted to sing and be heard all over the world.

How much of Barbados is still in you?
Everything — school, home, culture — there’s that foundation built for 16 years before I moved to America. I’ve always stayed close to my family, friends and people from home. It’s a part of me. I always go back home.

What do you miss about Barbados?
Flying fish. That’s the one thing I have to get from home. That and pepper sauce, Bajan seasoning, fish cakes, little snacks like chips and chocolate. I’m always having my friends bring tons of those when they come over.

To what do you credit your success?
When I moved to America, I was very ambitious. I still am. Whatever outlet I can find that I love and can be creative in, I hone in on it — whether it’s designing, music or animation. As the years went on, my ambition was also joined by rebellion.

And who was it that inspired all this ambition?
I was very blessed to be born into my family. My mother and grandmother are both very strong women. I was lucky to have them in my life. I’m really inspired by strong women. I think women are way stronger than they know. We’ve come this far. There’s so much farther we can go. It’s all about giving, caring and loving each other.

What’s the biggest misconception about you?
There’s a very big misconception about what I do when I’m at home. I just watch TV and lie on the couch. I’m so boring. But outside, I’m spontaneous. I love to do things — go out, see things, travel. The world has so much to offer that there’s never enough time.