7 of the best restaurants in Bonifacio Global City

From its humble beginnings as a military base, “The Fort” has evolved into one of Metro Manila’s most coveted dining hotspots 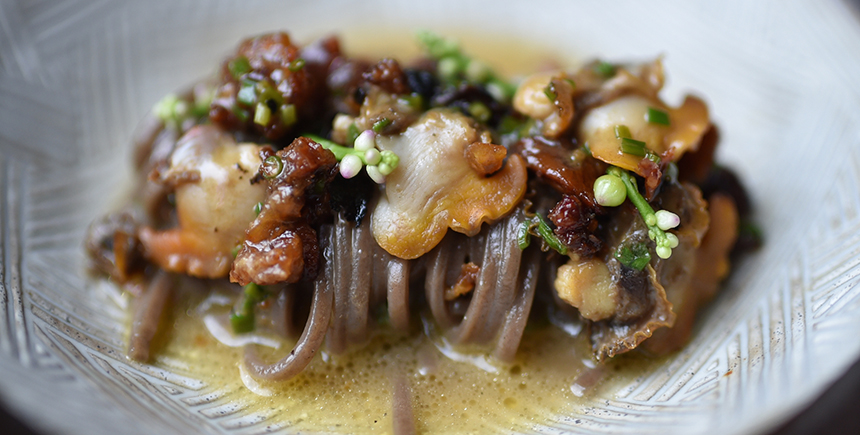 Fort Bonifacio has worn many hats over the last century. Formerly known as Fort McKinley, it was established in 1901 during the Philippine-American War. It then played a vital role during World War II, functioning as a base for special artillery-related training. Later, the preserved barracks, subsequently renamed as Fort Bonifacio, became home to the Philippine Army, and then to the Philippine Navy.

But yet more changes were afoot. Today, the entire area has been transformed into a major urban development known as Bonifacio Global City. This single square mile of space is now considered prime real estate, and its many hip and happening restaurants and bars have turned it into one of the most vibrant neighborhoods in Metro Manila. Here are seven establishments to eat and be seen.

If creative Filipino fare is right up your alley, then Manam is the place to be. Catering to many iterations of Filipino cuisine, the restaurant’s menu really leaves you spoilt for choice. Favorites include the sweet-sour Watermelon Sinigang with Short Rib, Pancit Sisig, and for the daring, Balut à la Adobo (essentially duck embryo marinated in vinegar).

Champêtre is an institution for Gallic cuisine in Metro Manila, adored by Filipinos and French natives alike. We’d especially recommend the Mushroom and Escargot Vol-au-vent with tomato and garlic butter, and the Steak Tartare with Fries, as well as the Fried Home-made Duck Leg Confit, which comes with a side of arugula and sautéed potato salad.

The newest establishment on BGC’s roster of dining hotspots, Hey Handsome gives Manila its first taste of Peranakan cuisine. The diverse menu has been dreamed up by chef Nicco Santos and Queenie Villar of Your Local, with delectable dishes like bebek penyet (deep-fried white Peking duck with duck egg and steamed herbed rice) and Peranakan nasi lemak (seabass otah, deep-fried anchovies, sambal chilli and pickled egg on coconut rice). With the glowing reviews it has received so far, Hey Handsome looks all set to be Manila’s best new restaurant of 2016.

If you’re hankering for some authentic Italian fare, Va Bene Pasta Deli will fulfill your cravings. Don’t let its location fool you — despite being tucked away in a corner of a mall, the resto serves up seriously tasty Italian dishes that’ll keep you coming back for more. Order the Gorgonzola Polenta with Braised Octopus Puttanesca as your starter, before sinking your teeth into hearty pasta dishes like the Organic Eggs Tagliatelle that’s served with Portobello mushrooms, white-wine cream sauce and truffle oil. The Double Ravioli with braised veal cheeks and foie gras is another standout dish.

Another Italian establishment, Motorino is known for its Neapolitan-style pizzas that have earned it a cult following. Its Mushroom & Sausage Pizza comes with mozzarella, sausage, cremini mushrooms, thyme, pecorino and Kalamata olives, while the Quattro Formaggi is a straightforward yet tasty offering topped with a delicious mélange of mozzarella, pecorino, gorgonzola, and provolone.

This iconic LA hot dog stall has finally reached Manila’s shores. The menu is nothing short of droolworthy, with creative offerings like the Buffalo Wing Dog, which comes topped with fried chicken skin, buffalo wing sauce, blue cheese and slaw. Then there are classic options like The Hollywood Legend, the signature chilli cheese dog with heaps of melted cheddar cheese, chopped onions and chilli sauce.