The pleasures of puto maya 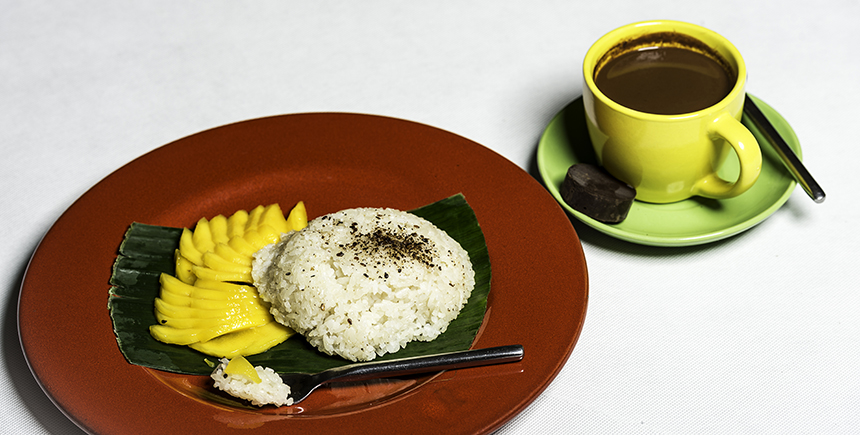 What most Pinoys call puto usually refers to soft, airy steamed cakes made with rice flour. Davao’s puto maya, however, is a concoction with more heft — this serving of sticky rice steamed with coconut milk and a little sugar could well leave you feeling full for hours.

The rice is sweet, with just a hint of ginger, and often served with slivers of ripe mango if these are in season. This dish originated in Cebu, where it’s still sold on the streets by mobile hawkers. Migrant Cebuanos who settled in Davao brought along a taste of home and it quickly caught on. Now, the tastiest platefuls can be found at Bankerohan Market (Pichon St corner Quirico Ave, Poblacion District), Davao City’s largest and oldest market.

At this all-hours market, you can tuck into an early breakfast at Del Mar Painitan, where they serve purple puto maya. “Instead of the usual white sticky rice, the puto maya here is made with purple sticky rice from the upland areas farmed by the lumad (indigeneous people),” says Mel Pangan, a food-tour organizer born and bred in Davao.

Mel’s wide-ranging tours (Bahay ni Tuding Inn, 160 San Pedro St; +63 947 361 3544; facebook.com/melsdavaofoodtour) often begin in bustling Bankerohan market. Set up by the Kagan lumad as a village and trading post, it was already a long-established market site by the river’s edge when the conquistadors arrived.

“Davao is bisected by the Davao River, which was the means of transport for food back when there were no roads. Bankerohan got its name because it was where the bangkero (boatmen) would offload their merchandise,” Mel explains.

Puto maya is often washed down with a steaming cup of sikwate (hot chocolate), but locals sometimes opt for the more potent kinutil, a chocolate drink laced with an egg yolk and tuba (palm wine).

“It’s not really an alcoholic drink. It’s an energy drink!” Mel says. In fact, kinutil aficionados claim this cocktail has tonic and aphrodisiac effects. Individual results may well vary, but in any case, the drink should get you going for a day of street dancing during the city’s Kadayawan festival.

Also read: This is why Davao is the most liveable city in the Philippines