How to spend 4 days in La Union and Pangasinan

These neighbor provinces offer a fresh crop of weekend enticements — from food to high-action adventures. Here's a tried-and-tested itinerary 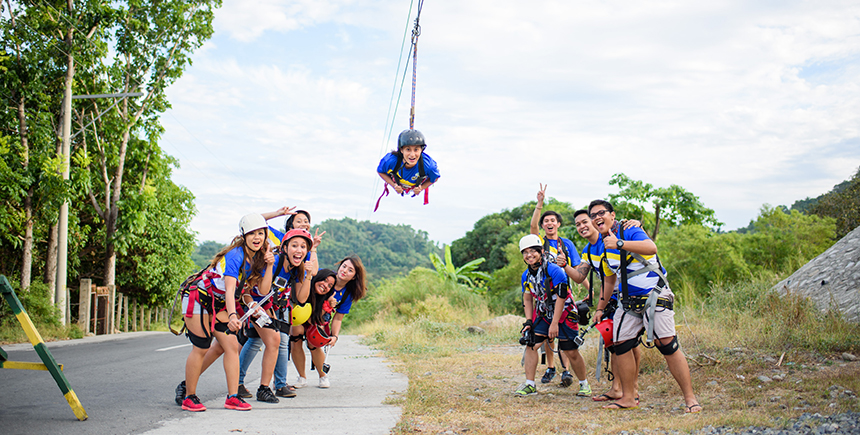 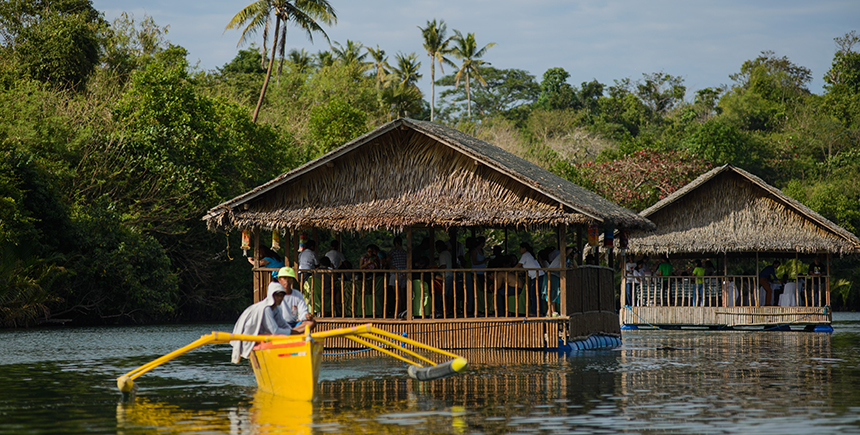 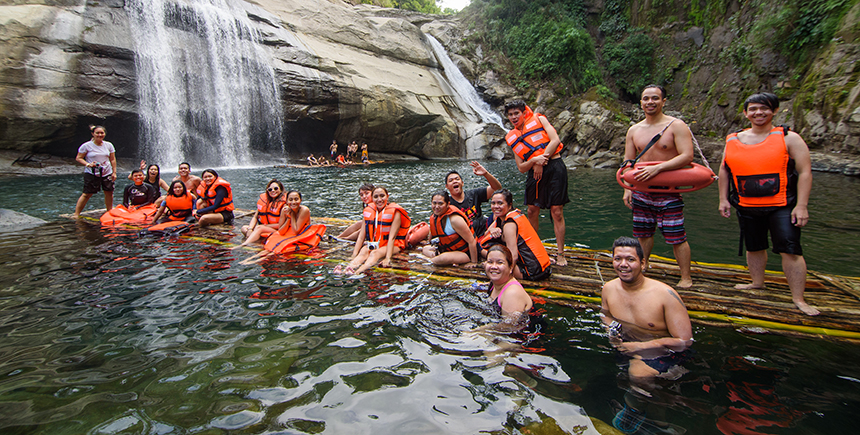 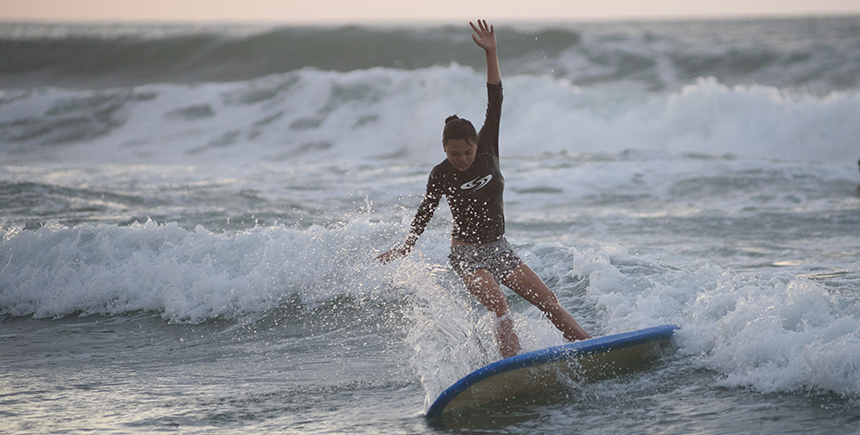 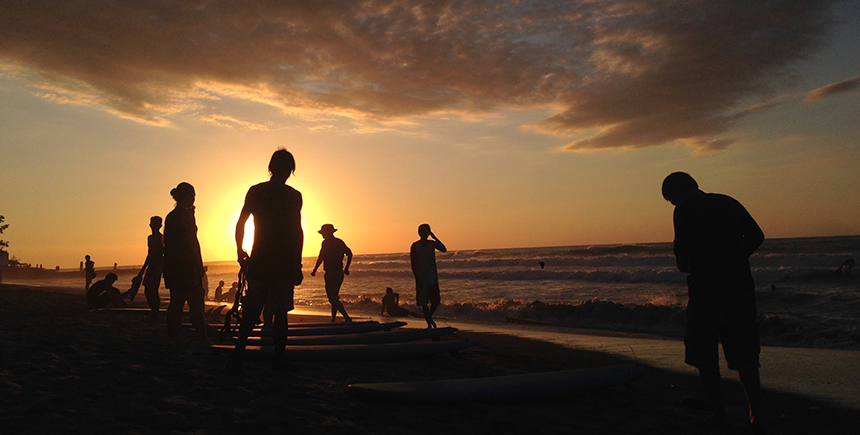 Sunset over the West Philippine Sea

It’s always a great idea to start an adventure with a tone-setting meal, and for a laid-back (but sometimes heart-pumping) tour across La Union (LU), the seaside restaurant Natalna Grille (Brgy. Pagudpud, San Fernando, La Union) in the capital town of San Fernando ticks all the right boxes. If you’re an adventurous eater, start with a local specialty called dinakdakan, an Ilocano appetizer of boiled and grilled pig parts — ears, liver, mask, sometimes brain — cubed and tossed with onion, garlic and chilies. Move on to the pinakbet for your main dish and end the meal with a serving of sweet leche flan.

Walk off lunch while checking out La Union Art Gallery (Manila North Rd, La Union). Since it opened in 2012, the gallery has been a venue for local artists to show off their talent in painting and sculpture. Among the ones to watch is Rodel Rillera, whose abstract paintings display a skill for color and texture, and whose works can be found in a number of LU establishments.

Check in at Kahuna Beach Resort and Spa (Urbiztondo, San Juan, La Union) San Juan, right next to San Fernando, a 20-minute drive from the art gallery. Their spacious rooms, and proximity to the beach and one of LU’s famous surf breaks, make it one of the more popular resorts especially among surfers, who are steadily growing in number.

The San Juan Surf School (Urbiztondo, San Juan, La Union) is located on the same stretch of beach, so if you’re up for some board action, this spot proves strategic for early-morning or late-afternoon sessions. End the day at the newly opened L.U. BBQ (Rizal Ave, San Fernando, La Union). If all the surfing has revved up your appetite, order the char-broiled burger and honey chicken.

Make your way to the municipal center of San Gabriel and catch the jeepney to Tangadan Falls (I highly recommend top-loading, or riding on the roof). The ride up the mountain, along a mostly paved but narrow road, takes one hour, and then you’ll need to leg the rest of the way for another half-hour.

The trail, which ends in concrete steps, is a good beginner’s hike down to the falls. If cliff-jumping is on your bucket list, this is a great spot for it — you may opt to do the smaller jump, a 10ft drop into the clear freshwater pool, or take the 20ft one right on the falls. Whatever you choose, make sure you’ve given your tour guides a heads-up.

Head back to San Juan for a late lunch at Cube-O-Grill (MacArthur Highway, San Juan, La Union) (a play on the Filipino word kubo for native hut), where the Cube-O Salo-salo makes for satisfying grub after a high-octane morning. A mini-version of a boodle served on a square platter, it has hefty servings of fried fish fillet, dinakdakan, and a northern delicacy called bagnet (pork belly that’s been air-dried then deep-fried to a crisp) with three types of rice: plain, java, and my personal favorite, garlic.

Check out the La Union Honey Bee Center (Raois, Bacnotan) in the small town of Bacnotan, where staff from the nearby Mariano Marcos Memorial State University, who help run the research and maintenance of the bee farm, serve as guides to the farm’s beekeeping practices. It’s worth the trek if only for a taste of raw honey straight from the source, a potent amber liquid that you’ll rarely find anywhere outside a bee farm.

Work up an appetite with a surf session until sundown, a breathtaking vermillion-hued event, then feast on time-honored family recipes at Mommy Lu’s Restaurant (National Highway, San Fernando; +63 72 242 4938). What started out as a mom-and-pop store in San Fernando is now a 15-year-old thriving business built on the usual northern favourites of pinakbet and bagnet, and a star dish called lingua (ox tongue).

Grab an early-morning java pick-me-up at El Union Coffee (San Juan, La Union; facebook.com/launioncoffee), along with s’mores and a cookie skillet for the road, before making your way to the neighboring province of Pangasinan, which is famous for a popular tourist destination called the Hundred Islands National Park (Alaminos, Pangasinan; +63 75 551 2505). The park is exactly what its name suggests — more than 100 mushroom-shaped islets of ancient coral scattered inland, around Lingayen Gulf. Out of the 100 plus “islands”, only three have been developed for tourism.

But there are other things to do in Pangasinan besides hopping across three tiny islets. Climb the steep iron steps built onto a hillside near Mount Balungao, an extinct volcano, to get to the launchpad tower of the zipline at Balungao Hilltop Adventure (Pangasinan).

This zipline, which runs at a dizzying length of 1.4km, is the longest zipline in the country and isn’t for the faint-hearted. Getting to the tower alone is quite the climb (around 175 steps up to the peak of the hill, and another 30 to the launchpad tower), and while you do get stunning views of the mountains, that does little to calm the nerves. Getting into the Superman position and letting go of the support bar were the scariest parts for me, but 30 seconds into the flight, hovering over the countryside, all the fear had given way to awe.

Start the day with a quick wade in the waters of Lingayen Beach, where 71 years ago, on January 9, Allied forces returned to the shores as the tide of war began to turn. Interesting trivia: the iconic photo of Gen. Douglas MacArthur marching through knee-deep water was taken at Lingayen Beach — not Dagupan, which is the common misconception. A statue of the former general at the exact spot of his arrival on January 9, 1945 is commemorated in the WWII Memorial in Washington, DC.

Head out to Pacific Farms (Brgy. Zaragoza; Bolinao), a 500ha salt farm that produces 15,000 metric tons of salt a year, for an educational tour that takes visitors across every stage of salt production. Here you’ll find a salt lake, the only one in the country, where the company produces “mighty energy eggs” (you read that right) — duck eggs that have been steeped in the 70° Celsius salt lake for a number of days, and eventually come out as hard-boiled, salted eggs.

The Balingasay River tour that followed was a good way to unwind after spending a couple of hours under the sun. Get a quick massage, a snack and fresh coconut juice as you cruise along the cleanest river in Pangasinan. With about 15ha of century-old and new mangroves, this biodiversity hotspot has been declared protected territory.