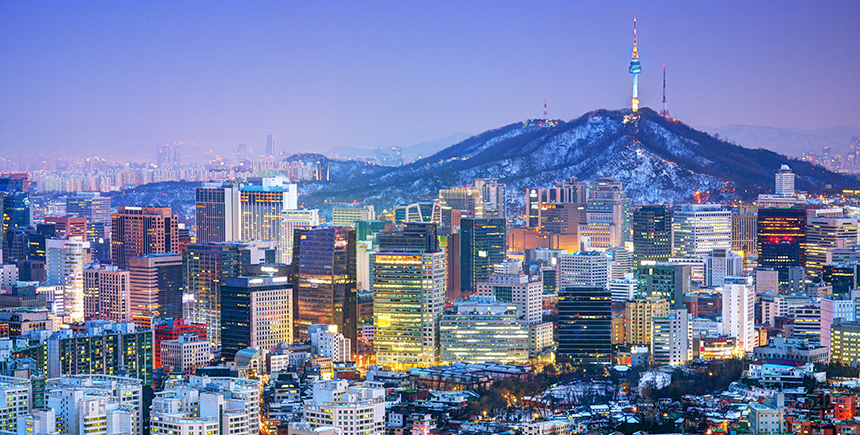 In Seoul — and especially in districts like Namdaemun, Gwangjang, Dongdaemun and Insadong — you’re bound to come across street-food vendors serving up all sorts of tantalizing treats, from pancakes to sausages. Can’t quite decide what to spend your calories on? These seven picks will get you started. Happy feasting!

Simple yet extremely tasty, gyeranppang translates as “egg bread”. Imagine this — a baked egg enveloped by a fluffy golden muffin, and topped with a sprinkling of parsley. As you sink your teeth into that glorious golden yolk, this sweet-and-savory pastry is utterly comforting and extremely addictive.

Seoul’s rendition of the corndog is the kind of snack you’d love to munch on when nursing a hangover — think a double-fried hot dog, with a crust that’s studded with French fries. If that’s not enough, the street vendors of Namdaemun have come up with an outrageous iteration that’s covered with ramen!

Hotteok are dessert pancakes that are stuffed with different fillings — typically cinnamon and brown sugar, red-bean paste or peanuts. In Namdaemun you’ll find a savory variant called japchae hotteok, in which Korean glass noodles are encased in a fried dough pocket, then basted with a fruit-seasoned soy sauce.

A popular wintertime snack, these skewered fishcakes come in various forms — flat, folded or elongated. Don’t be deceived by the thick red broth they’re cooked in; it’s actually a mild-tasting soup infused with spring onions and seafood. Locals even swear by the broth’s restorative qualities as a supposed cure for hangovers.

Adventurous types should try sundae, a blood sausage that’s usually stuffed with cow or pig intestines, cellophane noodles and barley. A popular variant is the ojingeo sundae, in which ingredients like spring onions, diced carrots, tofu and egg are stuffed into a fresh, cleaned squid, then steamed.

Also read: 4 tips on navigating Seoul as a tourist