If a place offers a promise of adventure, you’ll find this actor and pilot there 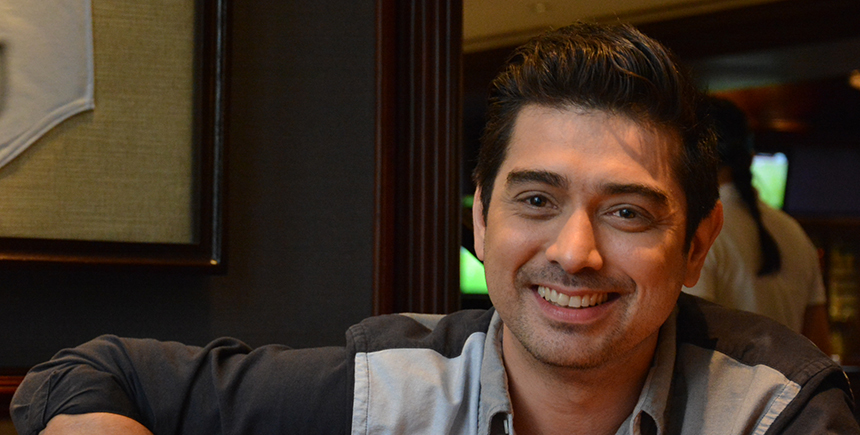 For Ian Veneracion, the perfect vacation includes sports and the outdoors. And if he gets to indulge in a new adrenaline-pumping activity, that would be ideal too.

“I’m willing to try anything — that’s always been my philosophy. If you go with the stuff you’re always comfortable with, it’s a bit corny. I want to see what’s out there. I love to explore,” says the licensed aircraft and paragliding pilot, painter and actor, who’s starred in movies such as All You Need Is Pag-Ibig and The Achy Breaky Hearts, as well as the TV show Pangako Sa ‘Yo. He also has a new TV series coming up soon.

The endorser of Ginebra San Miguel’s Primera Light Brandy is a fan of hiking and rock climbing (he’s climbed Mt Banahaw twice). He also loves scuba diving, sailing and paragliding. “I go to Carmona in Cavite, and there are also paragliding sites in Sarangani, General Santos and Narvacan, Ilocos Sur.”

His one absolute travel must? Bringing his family along. “As much as possible, in all of my adventures, I want my three kids with me.” It’s not all adrenaline all the time either. He also brings them to a few art spaces to pique their curiosity. During a trip to the US two years ago, for example, his kids were delighted when he took them to the J. Paul Getty Museum in Los Angeles, as well as New York’s Guggenheim Museum, Metropolitan Museum of Art, and Museum of Modern Art.

Next on his wish list: Nepal and Peru. He muses, “In the future, I just want to check stuff off my bucket list and not worry about anything.”

Here are some of Ian’s favorite spots.

“I go to Carmona Ridge, the fly site, for paragliding. We take off at 200ft, but can reach as high as 3,000ft when we find thermals. Because you’re so isolated in the middle of nowhere, you feel really small. People look like dots, and when you look up there’s nothing. It’s so quiet — just you and the wind. It’s my form of meditation.”

“I last went in April, with my son Draco. We visited Narvacan for paragliding and traveled to Sagada on our motorbikes.”

“My family and I come here once a year. There’s a season when the waves and winds are beautiful. I go paragliding with my kids — they are also licensed paraglider pilots, and have their own wings.”

“My kids and I love the beach. We have a place here; it’s so isolated and it’s my ultimate escape. There’s no one nearby and no one will see you. We go kayaking and scuba diving.”

This article originally appeared in the November 2016 issue of Smile magazine.