5 of the most beautiful heritage towns in the Philippines

These historic neighborhoods may be several centuries old, but their charms have endured throughout the years 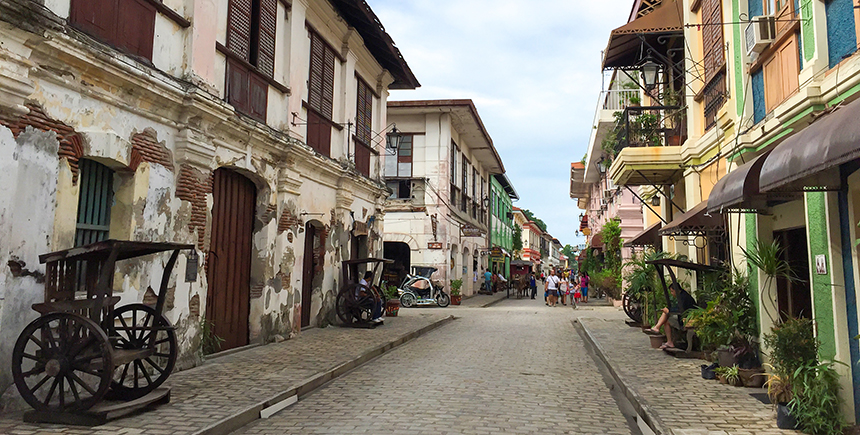 Arguably the most famous heritage town in the Philippines, Vigan City was recognized as a UNESCO World Heritage Site in 1999. Take a walk around and you’ll see why it’s such a special place: immaculately preserved structures, cobblestone pathways and kalesas or horse-drawn carriages are all part of the city’s charm. There are many historical sites in the vicinity, too, such as the beautiful Bantay Bell Tower (beside St. Augustine Church) and the Padre Burgos House (Burgos St), the ancestral home of Filipino nationalist José Burgos.

Few places in the Philippines can rival the history and heritage of Malolos City. The city has links to some of the country’s greatest heroes, such as politicians General Emilio Aguinaldo and Pedro A. Paterno, and was the cradle of the First Philippine Republic at the turn of the 18th century. The town — which has been gazetted as a National Historical Landmark — is also home to three beautiful Spanish-era churches, namely the Sta. Isabel Church (Fr. Kuatro Kantos St, +63 44 662 7562), Malolos Cathedral and Barasoain Church (+63 44 662 7686).

Iloilo City is one of the nation’s oldest cities. Its Spanish-era churches like Jaro Cathedral (Seminario, Jaro) and Miagao Church (Zulueta Ave, Miagao) in the nearby municipality of Miagao are gorgeous buildings that would grace anyone’s Instagram feed. Other noteworthy sites include the Iloilo Museum (Bonifacio Dr), where you can marvel at old photographs of the province, and the Jaro Belfry (Plaza, Jaro), which has been standing tall for more than 270 years.

Another National Historical Landmark, Taal is often overshadowed by other more illustrious heritage cities like Vigan. But explore the streets of this unassuming town and you’ll be amply rewarded with intriguing ancestral houses and mansions, many of which are open to the public. There are also religious spots such as the Taal Basilica (Calle San Martin, +63 928 397 5398), the Shrine of Our Lady of Caysasay (Brgy Laba), and the nearby Sta. Lucia Well — a sacred pair of wells containing water believed to have healing powers.

If you’re familiar with the name José Rizal, you might know the Heritage Zone of Dapitan was the national hero’s place of exile. This lovely city holds photo ops at just about every corner, from virtually spotless roads to the handsome old structures, as well as a spectacular coastline. For something a little more modern, visit the Dapitan Arcade (37 Dapitan cor Kanlaon St, Laurges, +63 2 411 0252) — one of the country’s best flea markets — for amazing craft and home-décor finds.