How the Heritage Town of Taal Is Reclaiming Its Past

Just south of Metro Manila, a storied town is reclaiming its past for a new generation. We meet some of Taal’s most dedicated heritage advocates. 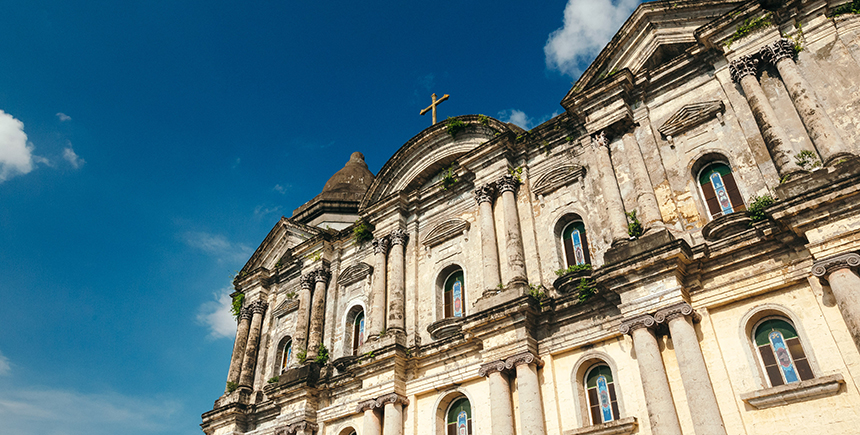 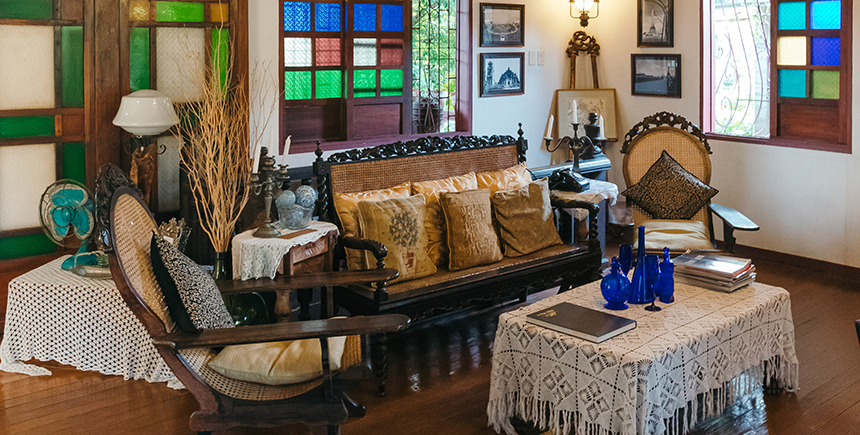 The timeless elegance of the Diokno House's interiors 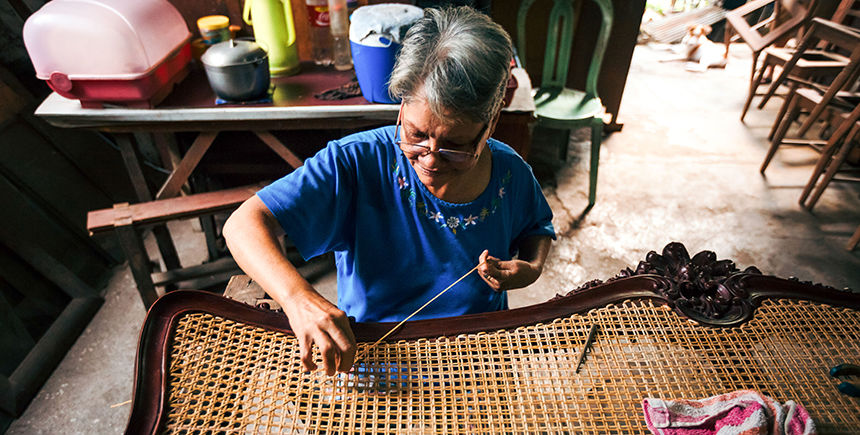 A local artisan works on weaving for a chair 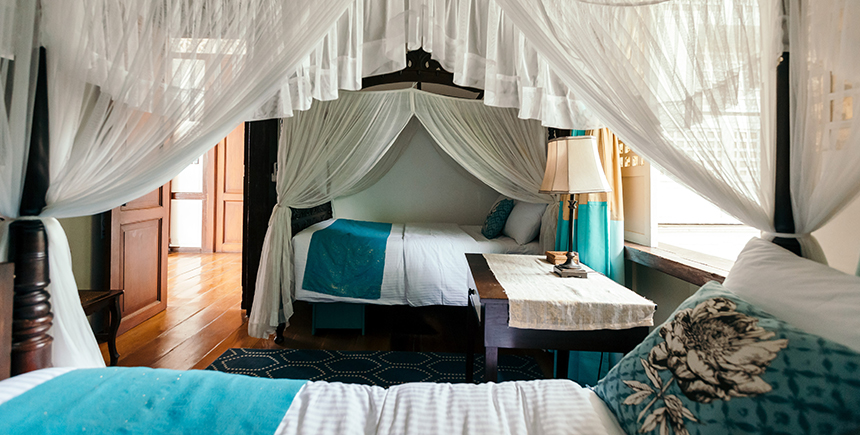 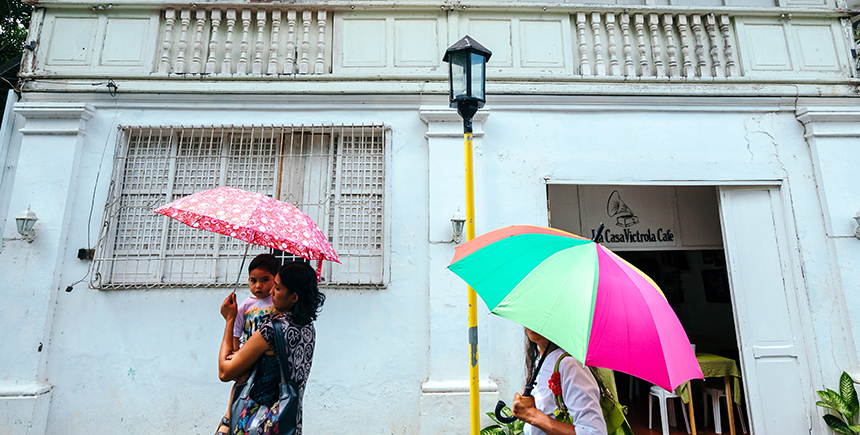 La Casa Victrola from the outside 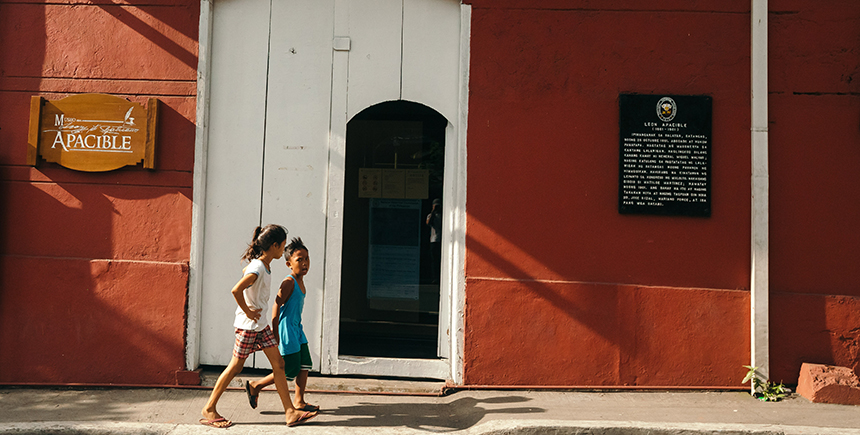 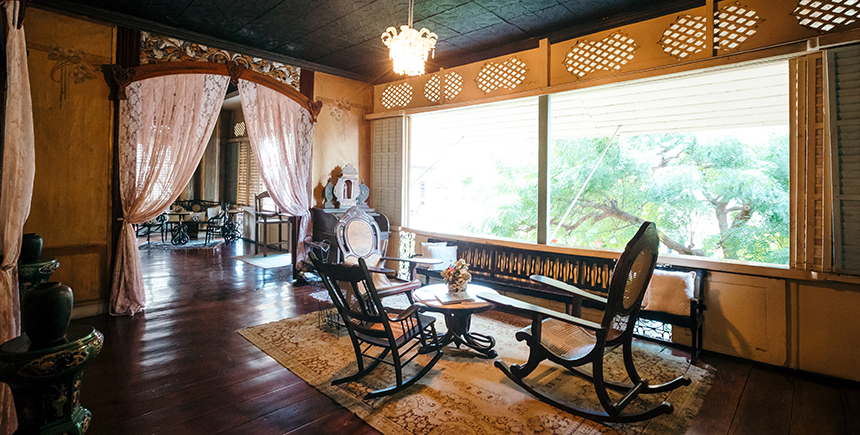 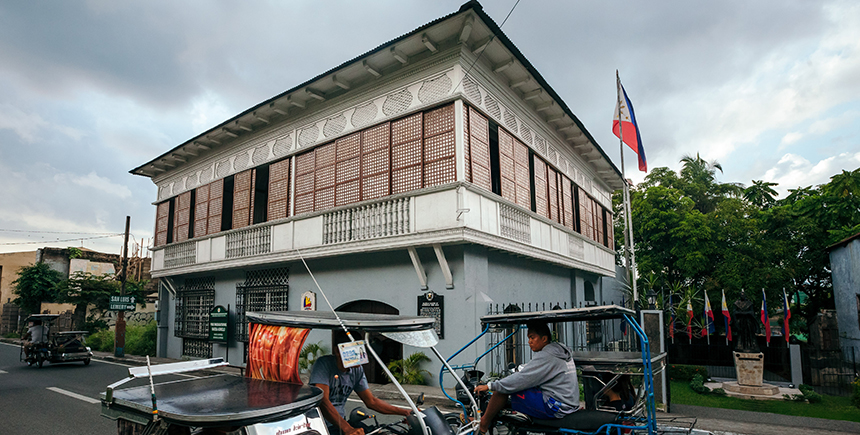 Getting up from a four-poster bed fit for a wealthy landlord, I walk out of a stately white-and-teal mansion, and settle down on a wrought-iron chair in a manicured backyard. In the soft morning light, the bucolic countryside stretches out all the way to the glimmering sea. This soothing pastoral view would have lulled me back to sleep, if it wasn’t for the breakfast spread of peppery-sweet tapa (cured pork) and full-flavored barako specialty coffee to kickstart my senses. A new day is dawning at the Del Castillo House, a 100-year-old mansion of adobe and hardwood that’s been refurbished into a fine boutique hotel called Paradores del Castillo (28 Dr H. del Castillo St; +63 43 740 4060; paradoresdetaal.com).

It’s moments like this that beckon me back time and again to the heritage town of Taal in Batangas province, where a two-hour commute from Metro Manila takes you two centuries back in time to the Spanish era. Best known for its namesake lake and volcano, Taal deserves just as much attention as other well-preserved colonial enclaves like Vigan in Ilocos Norte, Silay in Negros Occidental and Carcar in Cebu.

Founded in 1575, the town moved to its present-day location near the sea after the catastrophic eruption of Taal volcano destroyed the former lakeside settlement in 1754. Miraculously spared by World War II bombings and subsequent natural disasters, the town’s poblacion has more than 140 heritage structures, several of which were elegant homes belonging to wealthy and illustrious hacienderos (landlords) who were instrumental to the birth of the independent Philippine nation. Soaring above these rows of shell-windowed dwellings is the Basilica of St Martin of Tours — considered the largest Catholic church in Asia.

Abandoned houses have been saved from disrepair by individuals too. Real estate developer Ernie Villavicencio’s passion for heritage conservation began with the restoration of his family’s ancestral house, Casa Villavicencio (Calle Gliceria Marella; +63 917 537 9729) . Built in 1850, the ornate bahay na bato (stone house) was the home of his great-grandmother Gliceria Marella Villavicencio, an ardent supporter of the Philippine Revolution who was declared the “Godmother of the Revolutionary Forces” during the proclamation of Philippine Independence. Since reconnecting with his provincial roots, Ernie has restored seven colonial-period houses here, three of which supply plush rooms for the Paradores hotel. Casa Noble, a newer acquisition along the main thoroughfare, will soon house a museum dedicated to the town’s prominent handicrafts of burda (hand embroidery) and balisong (butterfly knife). “I’d like to see more people help restore and maintain these old houses, so that Taal becomes a town that showcases our history, our culture, our arts,” says Ernie.

Besides homecoming locals, Manileños have also resettled here to open artsy cafés, museums and galleries in once-neglected colonial houses, giving them a new lease on life. Right next to Paradores is another whitewashed ancestral home, where I meet music professor and Quezon City native Rogie Reyes. He moved here to open La Casa Victrola Cafe (29 Dr H. del Castillo St; +63 917 551 5632) — a long-held dream he finally realized last September. “Small businesses like mine support local suppliers and enhance the visitor experience of the town, which is best explored on foot,” he explains to me while dusting off the tables and chairs of his new venture.

The local fare here adds vibrancy to the town’s Old World atmosphere, with its town market having long been a goldmine for culinary treats. These days, new sit-down restaurants further elevate the dining scene with well-plated dishes served in heritage homes. Giney Villar, for instance, is a Manila-born chef who relocated to Taal two years ago and opened Feliza Café y Taverna (6 F. Agoncillo St; +63 43 740 0113) in the 1890s ancestral house of the eponymous Feliza Diokno, who served as private secretary to the country’s first president, Emilio Aguinaldo.

Her menu features Taaleño specialties, as well as Spanish and American-inspired dishes. Giney takes pride in keeping her native dishes authentic, only sprucing them up with a side dish of vegetables to balance out their meatiness.

The rest of the province may be cattle country, but she affirms that “Taaleños love their pork.” As a Cebuano who loves his lechon, I’m particularly drawn to Taal cuisine because of that similarity. Giney’s restaurant also serves dishes like sinaing na tulingan, a popular steamed mackerel tuna dish that takes three days to cook to tender perfection. “In Batangas, food is the great equalizer,” declares the mild-mannered chef. “The same dishes are savored across socio-economic classes.”

Besides tapa, residents here also boast of their longganisa (sausage) and adobo sa dilaw (turmeric stew). Good food also has the power to transcend time, bringing the past to the present. One of the restaurant’s signature dishes follows a 1930s recipe for pancit, the ubiquitous Filipino noodle stir-fry featuring delectable morsels of plump shrimp, fried pork and crunchy apulid (water chestnuts). Giney has dubbed her version pancit Taal, after a local old-timer raised it for its striking similarity to the pancit he savored as a child.

After lunch, Giney gives me a tour of the Diokno House (Calle Jose W. Diokno; +63 43 740 1828). Its restoration has been as much a labor of love as her heirloom cooking. Like other prominent advocates I’ve met in town, she speaks with an unwavering pride of place. Before climbing the staircase to the second floor, she points out a Philippine flag from the early 1900s that she salvaged from the trash during the renovation. The rescued relic now hangs proudly next to black-and-white photographs of war veterans and other treasured antiques for guests to appreciate and remember, becoming a fitting metaphor for the resilient town as it reclaims its storied past.

Getting there
Take a Lemery-bound DLTB bus (₱170) near Gil Puyat LRT station, and alight at the Flying V gas station at the junction of Diversion Road and Palico-Balayan-Batangas Road. From here, it’s a short ride by jeepney or tricycle (₱7) to the town center of Taal. Total travel time takes at least two hours.

Also read: 5 of the most beautiful heritage towns in the Philippines