Going retro at the Fifties Fair in Sydney

Every year, a group of Sydneysiders gathers to relive the glamor of the rock 'n' roll decade. Photographer James Horan captures the nostalgic fun 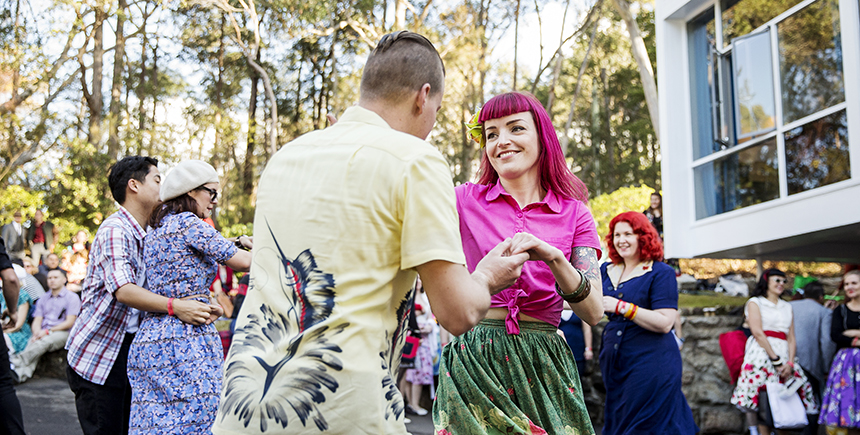 Jiving to the beat 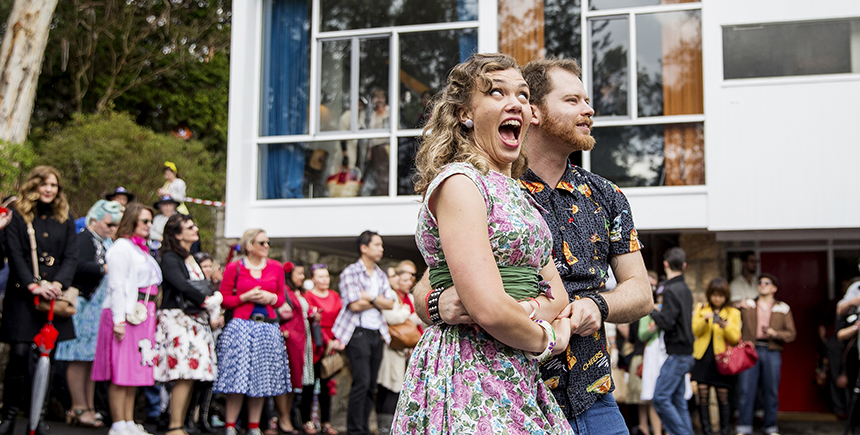 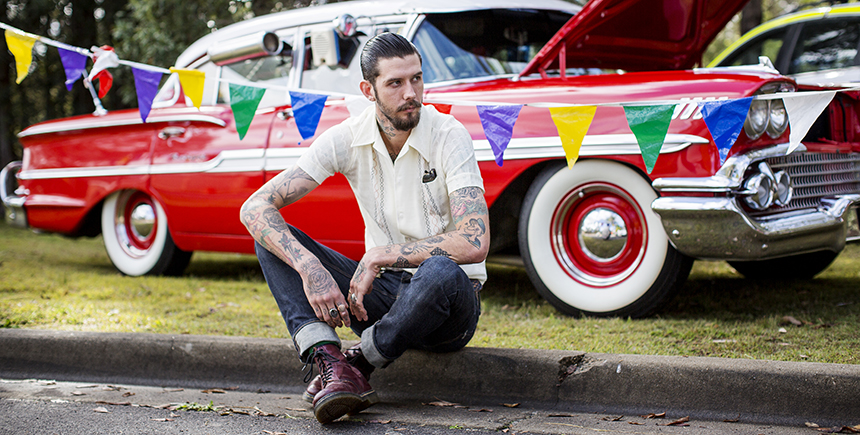 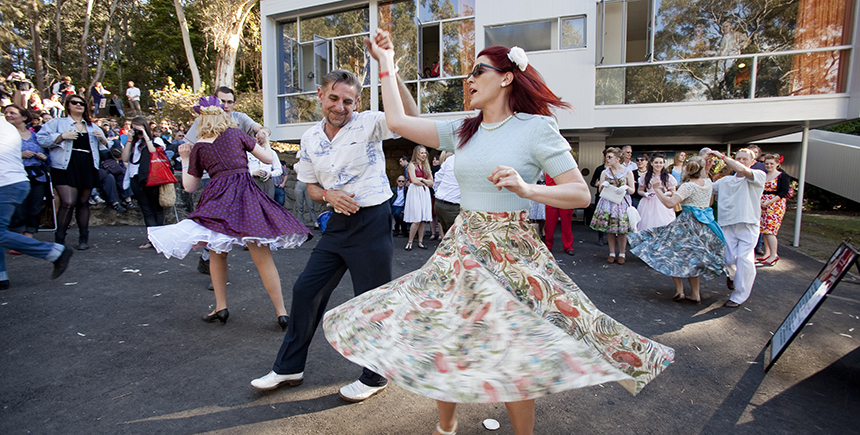 A couple twirls happily to the music 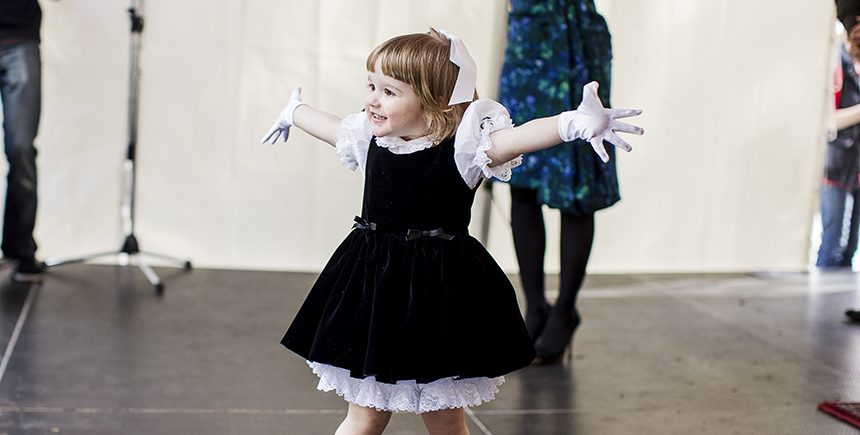 Even the little ones join in the fun!

The Fifties Fair at the Sydney Living Museums (sydneylivingmuseums.com.au), one of several events that the museum organizes, is an annual shindig that lets its retro-loving participants step back in time. For one day, women don petticoats, tight sweaters, gloves and hats, while men turn up in fedoras, bowling shirts and saddle shoes to grace the fair.

Held in Australia’s iconic mid-century Rose Seidler House — which still has all its original furniture and fixtures in place — activities include dancing to live rock ’n’ roll music, viewing the vintage cars on display, gourmet dining, and shopping for 1950s fashion, furniture and memorabilia. To suit the occasion, visitors can also get their hair done à la Marilyn Monroe or James Dean by stylists specializing in vintage coiffures.

“I love that everyone attending makes a huge effort,” says Sydney-based photographer James Horan, who has been commissioned to cover the event twice. “Everyone spends hours on their hair, makeup and tailor-made outfits — they love it when you shoot them.”

Maybe these folks are seriously passionate about the past. The Best Dressed awards that are up for grabs could be another incentive. For whatever reason they’re there, they all seem to have a blast — and the fun is evident from Horan’s photos. It helps that one of his favorite pastimes is people watching.

His father showed him how to use an old Canon AE-1 camera and a Mamiya CC30, and he became hooked from that moment on. “All I wanted to do was photograph people,” he says. Horan has now been a full-time photographer since 1998. His work has been featured in The New York Times, The Wall Street Journal, The Sydney Morning Herald, The Australian, Maxim magazine and Reader’s Digest, to name a few. But he finds random encounters far more fulfilling as subjects than celebrities.

“Recently, my family spent a month in America on vacation. Once my daughter was asleep, I wandered off looking for interesting people to shoot,” says Horan. “When I have time off from my assignments, this is what I really love doing.”

Also read: Things to do in Sydney for first-time visitors