It’s the most modern city in Japan’s Kyushu region, but Fukuoka also contains a multitude of historical and cultural gems 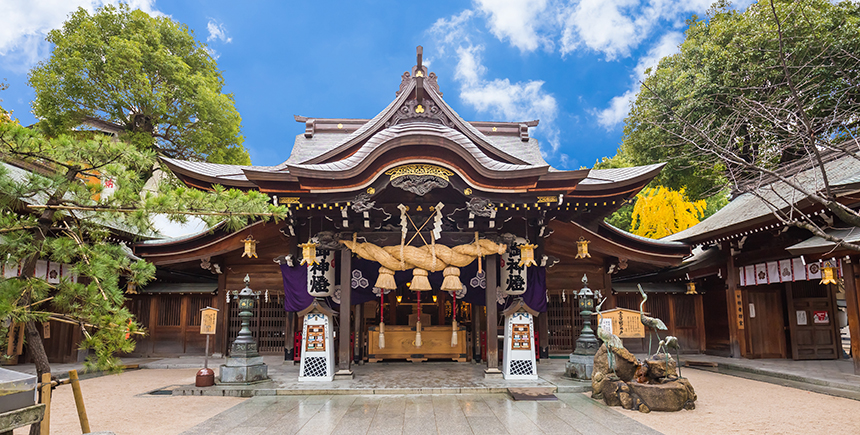 Fukuoka’s Gion district is home to several important cultural sites like the Tochoji Temple, which is the oldest Shingo temple in Kyushu, dating back to 806. Among the many attractions at the temple is a revolving bookcase filled with sacred works, as well as the iconic Fukuoka Daibutsu, an enormous wooden statue of a seated Buddha that measures almost 11m in height and weighs over 30 tons.

Also read: 10 things to see and do in Fukuoka

A short walk west of Tochoji Temple is the centuries-old Kushida Shrine. This Shinto shrine, which is said to have been founded in 757, plays host to the annual Hakata Gion Yamakasa — one of Japan’s most fascinating festivals, during which colorful floats are paraded throughout the district every July 15. Fret not if you miss the festival, as the floats are displayed in the shrine for the rest of the year.

At the heart of Hakata City is Rakusui-en, a quaint garden that offers the unique experience of a traditional Japanese tea ceremony. Originally built as a villa for a local merchant in 1906, Rakusui-en was converted into a landscaped garden with four tea rooms in 1995. Watch your hostess partake in the choreographed ritual of preparing and serving green tea, and enjoy your cuppa amid the garden’s tranquil atmosphere.

Step through the striking yellow geometric entrance of the Fukuoka Asian Art Museum to get your fill of contemporary art from all across the region — the permanent collection here housed more than 2,800 artworks in 2015. That the museum is based in Fukuoka is especially fitting, as the city has traditionally served as a gateway between Japan and continental Asia since ancient times.

Venture south to Dazaifu, the ancient government center of Kyushu, to visit this shrine that’s dedicated to Sugawara Michizane, a scholar and politician of the Heian period. Michizane is often associated with Tenjin, a Shinto deity of education, so the shrine is especially popular among students. But even if you’re not one for academic pursuits, you can still admire the shrine’s beautifully landscaped gardens, serene ponds, lush peach trees and colorful structures.

Established in 2005, the “Kyuhaku” is the newest and fourth-largest national museum in the country. It houses an extensive collection of artefacts and natural treasures, from swords to pottery, all of which will help you to understand the evolution of Japanese culture in the larger context of Asian history.