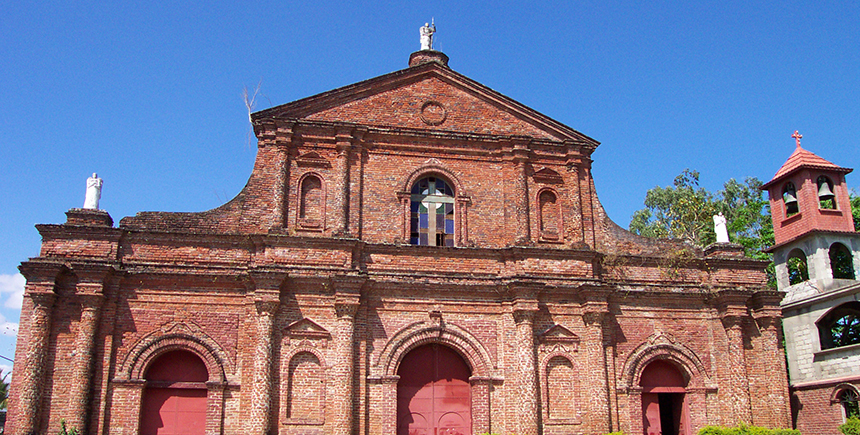 This fast-growing city in northern Luzon gives you space to take it slow, with its ancient caves, horse-drawn carriages and Spanish architecture.

Ancient caves and historic churches are staples on itineraries for Tuguegarao, the thriving capital of Cagayan Valley (Region II). The city traces its beginnings back to 1604, when it was founded as a “mission-pueblo” by Dominican priests. Its rapid socio-economic growth over the years has solidified its status as a key urban center in northern Luzon.

Like many smaller cities outside Metro Manila, Tuguegarao offers a blend of urban and provincial vibes. On one hand, you’ll find shopping malls, universities, hospitals and hotels here, along with a slew of fast–food chains, banks and small businesses along Bonifacio Street, the city’s main drag. On the other hand, you’ll likely get around town on the humble tricycle (or “tricy” to locals) or the horse-drawn karitela, the most common modes of public transport.

The city’s attractions include the Dominican-founded Saint Peter Metropolitan Cathedral (also called the Tuguegarao Cathedral), a grand Baroque church originally built in the 1760s, and the Buntun Bridge. Located just a couple of kilometers from the city proper, the steel truss bridge is the longest river bridge in the country, extending nearly 1.37km over the Cagayan River. There’s nothing particularly striking about the structure itself, but its unobstructed river views make it a favored spot for photos, especially at sunset.

If you’re in town on the second week of August, you’ll catch the Pavvurulun Afi Festival, the grandest of the fiestas in the Cagayan Valley. Known as Cagayan’s fire festival, it’s the celebration of Tuguegarao City’s patron, Saint Hyacinth of Poland, and features a parade of torch-bearing dancers, along with cultural activities and a trade fair.

The city serves as a gateway to the rest of the Cagayan Valley. Make the most of your trip by venturing outside Tuguegarao, as Cagayan’s most popular tourist spots can be found in the neighboring towns. In Iguig, 18km away, the Calvary Hills’ life-sized statues depicting the 14 Stations of the Cross draw large crowds come Holy Week. Open year-round and situated near an old church, the attraction also overlooks the Cagayan River. Peñablanca, 21km from Tuguegarao, is a must-visit for spelunkers. The Peñablanca Protected Landscape and Seascape encompasses over 300 caves, top-billed by the seven-chamber Callao Cave.

History buffs can head to the town of Piat, 38km from Tuguegarao, for a visit to the Basilica Minore of Our Lady of Piat. This 19th-century church is home to a dark-skinned Marian image, called Our Lady of Piat, that Dominicans friars brought to the Philippines in 1604. Outside the church, you’ll find vendors hawking a Piat delicacy called pawa — steamed buns made from glutinous rice and filled with sweetened ground peanuts.

For a hefty dose of sun, sand and sea, make your way up north to the coastal town of Santa Ana, which holds bragging rights for being a Survivor USA shooting location. You can sunbathe on the white-sand beaches with a good book in hand or go swimming, snorkeling and island-hopping. Palaui Island, for instance, boasts unspoilt white beaches, along with two lighthouses dating from Spanish colonial times.