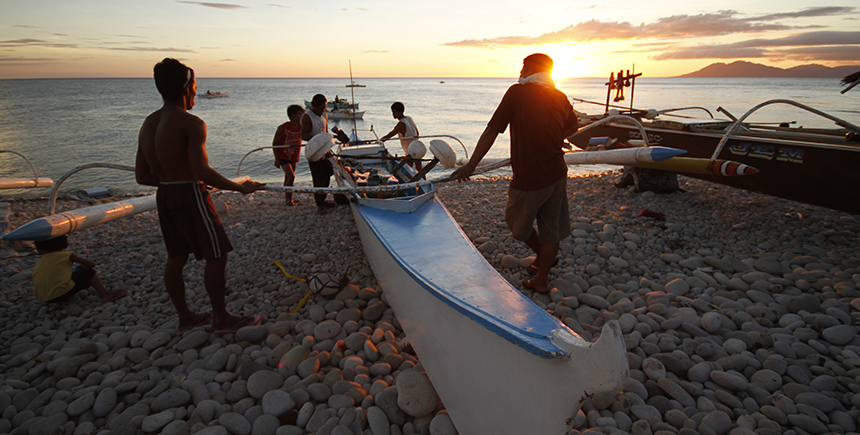 From cavernous caves and mountains to colorful villages and festivals, Surigao City offers multiple thrills for all types of travelers.

Founded by the Spaniards in 1655, Surigao was once a thriving port town. Due to its strategic location on the northeastern tip of Mindanao in southern Philippines, it was considered a center of trade, commerce and religion.

Today, Surigao City serves as the capital of Surigao del Norte province and is known as the City of Island Adventures. Though it previously served as a pit stop to the country’s surfing capital, Siargao, Surigao itself holds its own unique charm, no matter what your interests are.

From cavernous caves to the deep blue sea, there are plenty of places in Surigao that will satisfy your thirst for adventure. Just 4km from the airport, you’ll find Silop Caves, one of the most popular spelunking destinations in the province. There are six caves in this massive complex, but only two are open to tourists. Beginners can explore Cave 2, with its unique limestone formations, while seasoned spelunkers can arrange tours to the more advanced caves.

If you prefer fresh air and wide, open spaces, head about 14km northwest to Mabua Pebble Beach, where you can soak up the warm sun and sea breeze. Though it’s referred to as a pebble beach, the stones that line its shores are actually the size of an adult’s palm. Divers and snorkelers can see hundreds of coral and fish species at Punta Bilar, also on the northwestern side.

If you’re willing to venture farther out, hop on a boat and head east to Bucas Grande Island, about two hours by sea from the city’s port. There you’ll find Sohoton Cove and Blue Lagoon, as well as a variety of caves, lakes and beaches. Don’t miss the Stingless Jellyfish Sanctuary, where you can swim alongside the harmless creatures.

Get a dose of World War II history at the Battle of Surigao Strait Memorial and Museum, which was inaugurated during the 75th anniversary of the historic Battle of Surigao Strait on October 25, 2019. This acclaimed sea battle is considered an important event in world history, as US naval forces helped sink Japanese battleships, allowing American forces to retake the Philippines. Located at the northernmost tip of Surigao City, the museum lies on top of a ridge with picturesque views of the Surigao Strait. It also serves as a beacon of hope and a symbol of peace.

To see a slice of everyday life and local culture, travel 10km east of the city and visit “the little Venice of Surigao”. As you ride a boat around Day-asan Water Village, you’ll find nipa huts on stilts above the water surrounded by lush green mangroves.

It’s best to go during the summer months, from early March to late April, when you can enjoy sunny days at the beach. On the third week of April, you can also catch the International Dragon Boat Summer Festival, where teams of rowers from all over the world showcase their skills in this annual competition.

If you prefer a more colorful fiesta along with cooler weather, visit the city in September to witness the Bonok-Bonok Festival. This multi-day celebration is held in honor of San Nicolas de Tolentino and proudly showcases the Surigaonon’s tribal culture. The festival’s name literally means “rain shower”, which residents pray for in order to have a bountiful harvest.