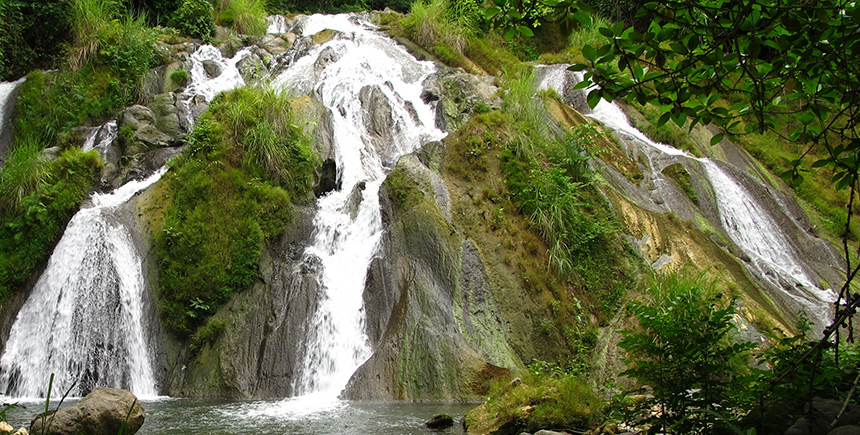 Unusual tricycles ply the steep roads while double-outrigger boats dot the waters of Pagadian, a hilly coastal city in the Zamboanga Peninsula.

With its hilly terrain plummeting into a glistening bay, Pagadian City has been called the “Little Hong Kong of the South”. But that is where the similarities end. While Pagadian is a thriving metropolis and an economic hub linking the Zamboanga peninsula with the rest of Mindanao, it doesn’t have a skyline of concrete and glass; instead of skyscrapers there are colorful houses on stilts lining the bay and double-outrigger fishing boats — locally called tapay-tapay” — dotting the sea. Only 14 out of Pagadian’s 54 barangays are classified as urban so there are many untouched beaches, caves and waterfalls awaiting the adventurous traveler.

The provincial capital of Zamboanga del Sur, Pagadian City is part of Region IX and is around 800km from Manila. The coastal city has wildly varying topography, with almost half of its territory on sloping terrain. This is why Pagadian’s famous tricycles (motorized rickshaws) are unique: the passenger cabs are inclined at a 25- to 40-degree angle to better navigate the city’s steep inclines. They are not only a convenient mode of transport around the city but also a curious tourist attraction in themselves.

A fitting way to start your trip is by hopping on a tricycle and heading up to Rotonda Park, on the summit of Bulatoc Hill. From there, you can get a view of the city and see the length of F.S. Pajares Avenue descending into Illana Bay. Walk around the garden, go horseback riding or, if you’re lucky, catch a cultural show for free while you’re there.

Make your way down the hill to R. Magsaysay Street where you can check out the Agora Public Market. Watch as sausage vendors skillfully make Pagadian-style longganisa and grab some links to take with you.

If you’re looking for a relaxing day at the beach, get on a boat to Isla Puting Balas. Just 5km from the city port, the white sandbar comes and goes with the tide and is only visible from 6:00 to 8:00 a.m. If you’d rather hang out on an island that stays put, head to Dao Dao Island, about 9km out, which is actually made up of two islands: a bigger one called Dako (Visayan for big) and a smaller one called Gamay (Visayan for small). Covered in lush vegetation, the island is a favorite swimming, fishing and boating spot among locals.

Hilly terrain means that there are many waterfalls you can visit around Pagadian, though some may die down to a trickle during the summer months. Manga Falls, 7km from the city, is a two-tiered, 30-foot water cliff with manmade gutters surrounding the pool at the bottom. Pulacan Falls, 12km away in the town of Labangan, is a multi-level waterfall in the middle of a forest. Ditoray Falls in Barangay Ditoray, 18km from the city, is a tricycle ride and trek away. Nearby caves worth exploring include Kendis Cave in Dagatan, about 15km away from the city, and Guipos Cave, around 22km away.