The ancient artistry of Chinese street opera in Singapore 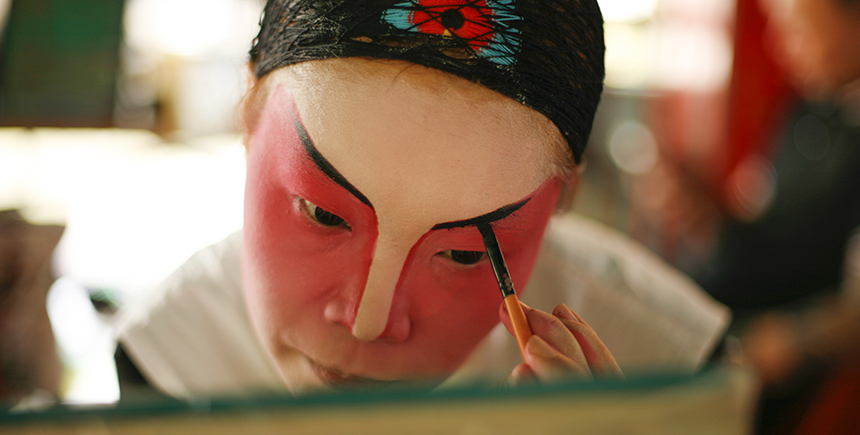 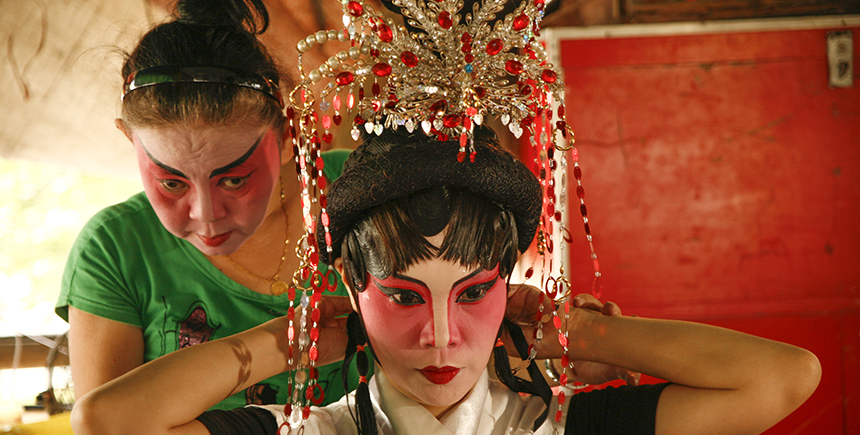 Performers get help dressing up 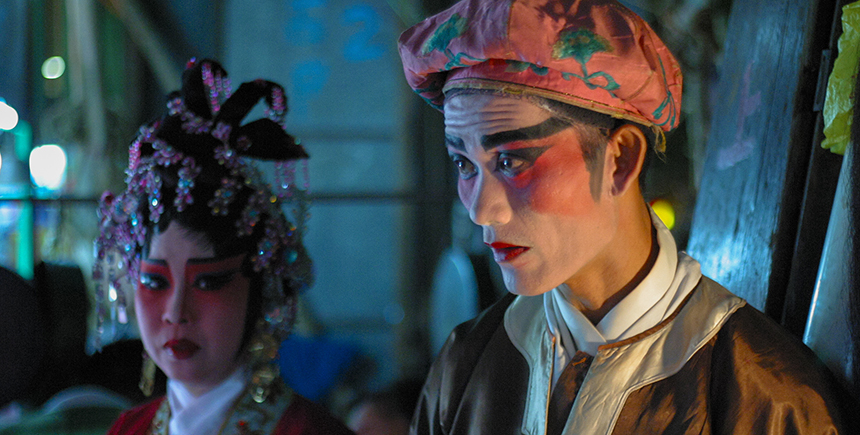 Chinese opera is known for its distinctive use of stage makeup 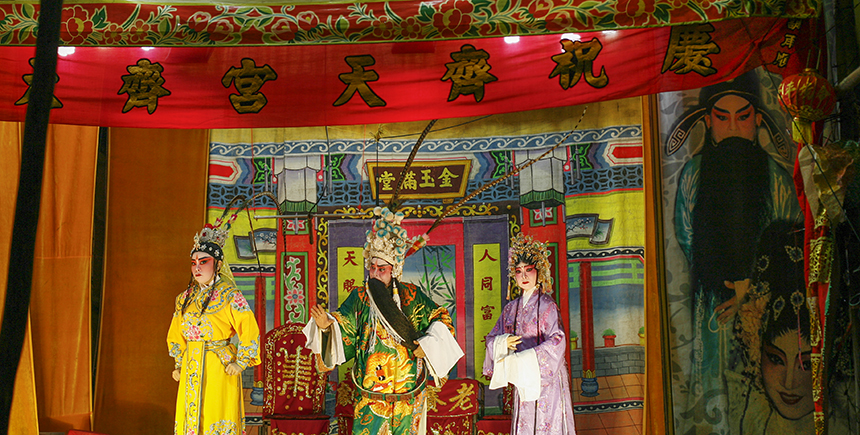 A scene plays out onstage 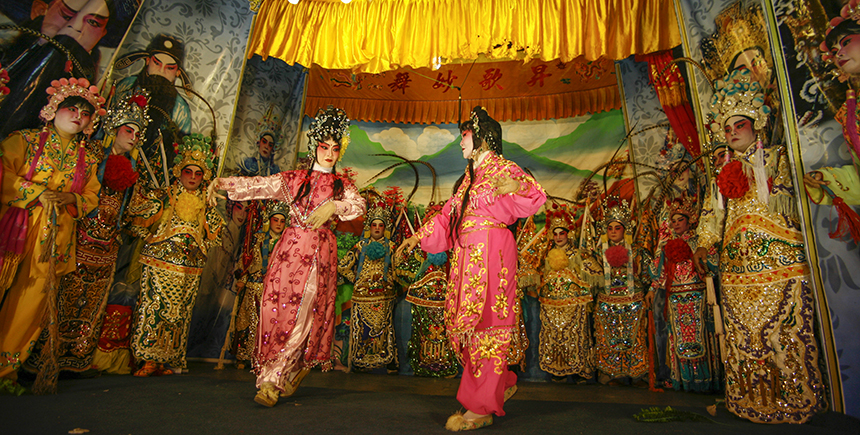 Chinese opera is a highlight at many temple events 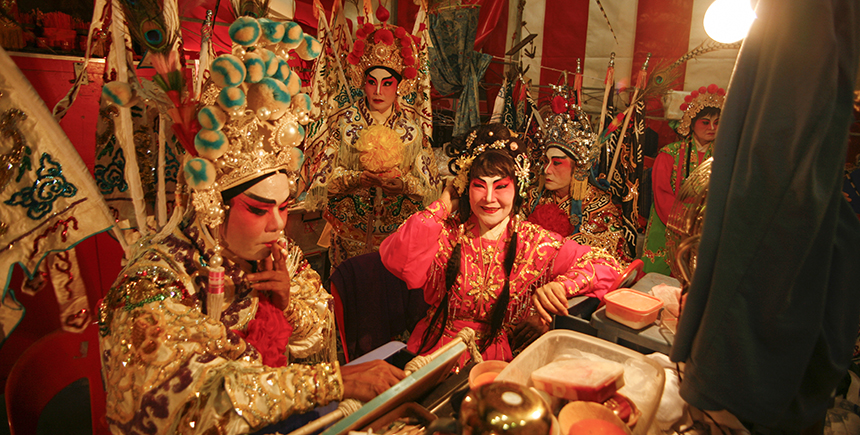 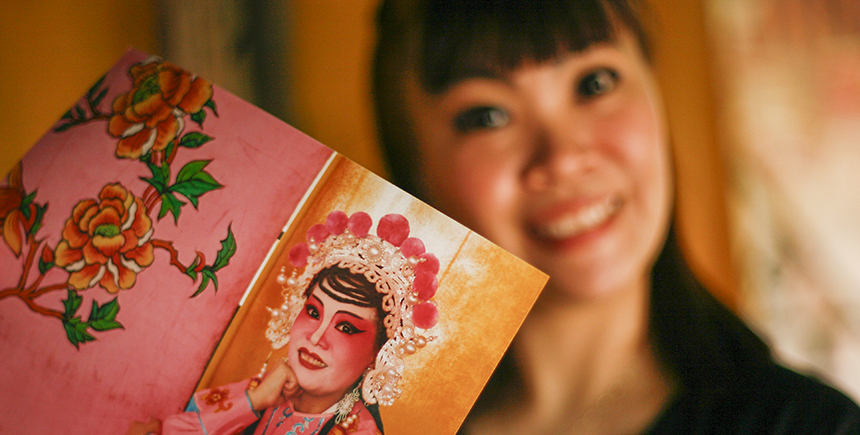 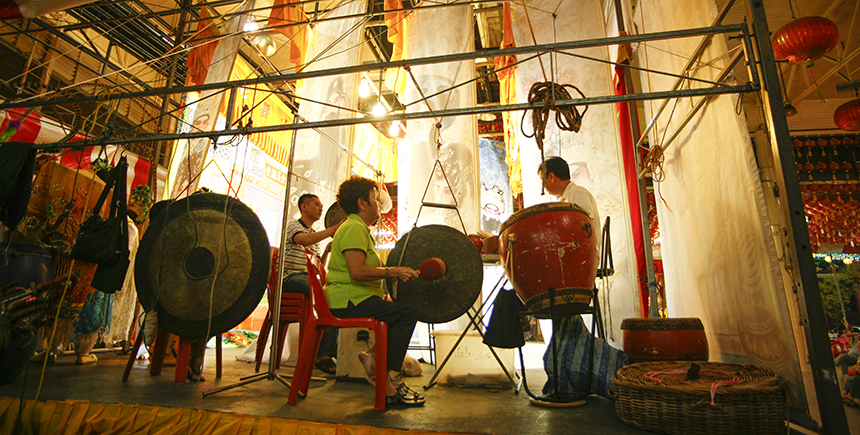 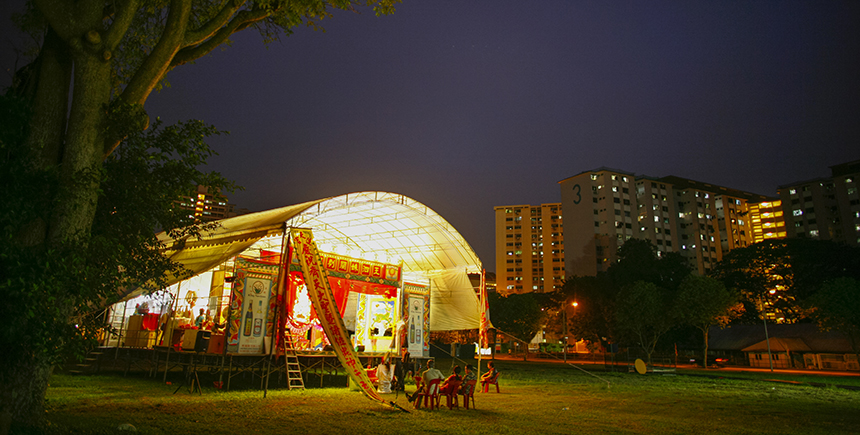 Wayang stages are often set up in open fields

These are the custodians of a dying art. With their stylised movements, theatrical voices, loud face paint and equally gaudy traditional costumes, Singapore’s Chinese street opera artists personify this nation’s cultural ties to the Middle Kingdom. Yet their performances carry a name borne from the native Malay vernacular — wayang, a local term for “theater”, which has become synonymous with their unique brand of ancient artistry. Singapore’s wayang performers are a fascinating peek into this country’s not-too-distant past.

The wayang have captured my imagination ever since I first saw these painted performers over a decade ago. Disciples of one of the earliest forms of drama, theirs is an art form that hails back to Imperial China’s Song Dynasty in the 13th century. Chinese street opera, you could say, was my introduction to Singapore’s traditional side, an aspect of culture that is often swept under this country’s ultra-modern sheen.

But even back in 2003, the wayang performers were already a rare breed. Their show venues were so obscure — they staged their plays anywhere from open fields to temple grounds, or even sidewalks — they went practically unnoticed. This is a far cry from their heyday in the 1800s, when this stage drama was the preferred entertainment in colonial-era Singapore. The wayang were the rock stars of their period, their traveling troupes drawing huge crowds wherever they performed. Their popularity didn’t last long, though, as the country entered the first world and Singaporean lifestyles became westernised. Fifty years ago there were more than a dozen professional opera groups on the island; today there are only three.

The wayang may have gone from the limelight in today’s era of YouTube and television, but thankfully they have managed to survive (albeit barely). This I experience one evening in the company of an opera performer, Carine Lim. At 39 she is one of the younger artists on the scene, yet her experience with the wayang goes all the way back to childhood — her father is a manager at Singapore’s oldest active opera troupe, Lao Sai Tao Yuan. On this occasion — a god’s birthday, celebrated at a nearby Taoist temple — I am backstage with her crew of more than a dozen opera actors and musicians.

“It was my personal decision to become a wayang, but for many of my older colleagues, this life was something they were born into,” Carine tells me as she prepares for a performance. “In the old days, children were sent off to the opera troupe in order to train and earn money for their family.” She continues talking while she goes through the long, careful process of applying her character’s makeup. “Traditionally, the young actors would learn the craft by assisting the senior wayang and picking up any tips they could get from them.”

In the dim light of this dressing room — which amounts to the area behind the stage curtains, where makeshift dressers stand amid piles of costumes and props — I watch Carine’s colleagues as they indulge in their own personal rituals before going on stage. On one side, a pair of dan or female leads, who in this particular opera play princesses, are quietly rehearsing their lines. The chou, or clown character, is alone in an opposite corner, looking rather serious with his cigarette. The wen — a scholarly figure denoted by the fan-like extensions on his headpiece — is adjusting his strap-on moustache, not far from the pious xiao youngster and the elderly lao mother who are both catching a few minutes of sleep. All their faces are adorned with thick face paint, the colours of which denote certain qualities. Red, for instance, suggests bravery and loyalty, while gold and silver portray a character’s spiritual nature.

With their makeup all set and their costumes in place, the wayang begin the show. Accompanied by gongs, crashing cymbals and the piercing notes of the erhu and guzheng (both traditional Chinese string instruments), the artists perform their roles with masterful ease. Occasionally their shrill voices break into song. They move with impeccable grace, each flick of the wrist and each tilt of the head adding depth to this time-honoured presentation.

I look out to the audience, and see a mere smattering of faces. There’s a small number of old folks sitting on the plastic chairs, their eyes and ears trained eagerly on the show. At the sidelines, afew curious tourists and casual observers stand by. They watch for a few minutes before going off into the night. No doubt they are fascinated with the spectacle, but the exclusively Chinese dialoguekeeps them from fully appreciating it. This is a far cry from the old days, when traffic stopped to watch wayang performances on the streets.

Close to midnight the show ends in a rousing climax, with the elder wayang showcasing stylized kung fu moves in a final fight scene. Under the glaring stage lights, wooden swords and bamboo spears are swung with fluid precision. Heroes shine while enemies are vanquished, and an ancient tale is once again successfully retold. As the cymbals bang out their final notes, the meagre audience begins to disperse. Unlike their Western counterparts, Chinese opera artists do not line up for a curtain call; instead, Carine and her colleagues quietly retreat backstage to remove the night’s work from their faces. There will be neither flowers nor glowing reviews tonight — or any other night, for that matter — but these artists don’t mind one bit.

“If not for these temple events, our wayang troupe would have closed down long ago,” says Carine as she collects her talent fee — an amount that hovers between SG$60 and $90, barely enough for a day’s expenses. Tomorrow she’ll be back at her day job, running a garment boutique.

“This isn’t something we do for the money,” Carine admits. “Everyone here is passionate about Chinese opera, and we all try our best to keep this art alive. This is why we continue being wayang!”

Catch a show
Check out schedules and updates for performances of the Lao Sai Tao Yuan troupe at facebook.com/lao.saitaoyuan.

Also read: Check out an improv show in the Philippines for a dose of intelligent comedy