7 of Asia’s most stunning natural attractions

Man-made monuments like skyscrapers may look majestic, but they can’t compare to these awe-inspiring natural wonders dotted across the region 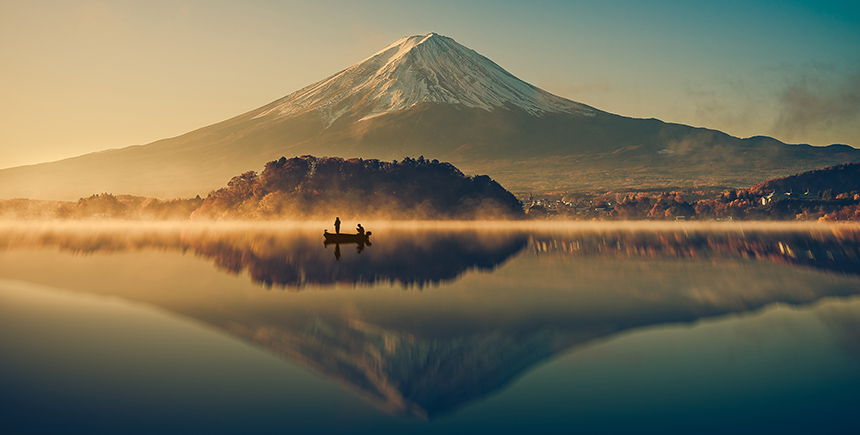 You’ve seen this iconic snow-capped mountain on postcards, TV and in magazines. Now, it’s time to experience its beauty in the flesh. You can take in the best of Mount Fuji in a single day, even if you make your way down from Tokyo. Hikers flock to this world-famous attraction during the official climbing season, which runs from July to mid-September.

Prepare to get wet at this natural attraction. Situated in the middle of the Sulu Sea, this protected marine park is recognised as a UNESCO World Heritage Site, and is home to a colorful array of fish — from the massive, slow-moving whale shark to huge schools of jacks that dance around in its waters. Do note that Tubbataha is only accessible via a liveaboard boat, due to its remote location.

Approximately 1,600 islands and islets make up this world-renowned beauty spot. But what distinguishes the bay is the jagged rows of limestone pillars that rise from the clear emerald waters of the Quang Ninh Sea. Here, arches, caves and other rock formations abound — guaranteed to impress any geology enthusiast, let alone any traveller.

It’s a visual feast at Yehliu, where intriguing geological formations abound. The hoodoo stones (that’s a real geologic term) around the cape, which are continually eroded by a combination of wind and water forces, have been named according to their odd shapes — think “Queen’s Head”, “Sea Candles” and “Elephant Rock”.

These rolling green haycock hills, which turn brown during the dry season (hence their name), are not to be missed if you’re in Bohol. Legend has it that these hills were the result of a sand- and rock-hurling war between two giants who, in the end, made up and forgot to think about the mess they had left behind during the feud.

Also read: 8 natural wonders you must visit in the Philippines

Mount Kinabalu is great for anyone who loves climbing and hiking. However, it takes two days to summit this 4,096m-tall mountain in Sabah, so if you decide to strike this one off the bucket list, it’s strongly advised that you put your body through some proper physical training first. If you prefer something less strenuous, you can explore the walking trails in the rainforest at the base of the mountain.

Singapore’s first and only UNESCO World Heritage Site is a whopping 156 years old, and covers about 60 acres of land. It’s conveniently situated a few bus stops away from town, making it perfect for that evening (or morning) stroll. While you’re here, drop by the National Orchid Garden, which features over 600 species of the flower, making it the world’s biggest orchid display. If you’ve got little ones in tow, take them to the Jacob Ballas Children’s Garden, where they can learn more about nature through interactive installations and fun activities.

Check Which Philippine Destinations Are Open for Leisure Travel